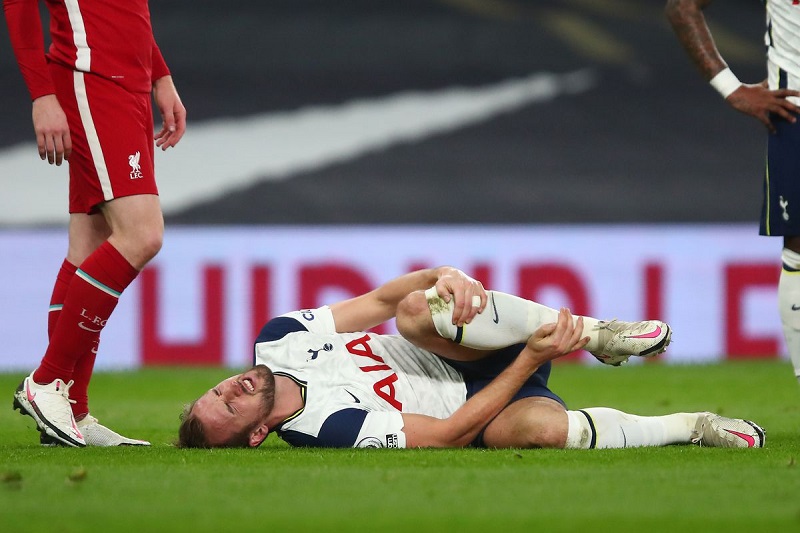 Tottenham Hotspur
“Tottenham do not have options they feel they can rely on” Journalist highlights major issue facing Spurs
By Bruce Grove - 29 January 2021, 13:00

Tottenham has lost Harry Kane to an ankle injury, and the Lilywhites will likely suffer for it.

The Englishman has been their main goalscorer for years now and he has now formed a deadly partnership with Son Heung-min.

Both players have scored most of Tottenham’s goals in this campaign, and losing either isn’t something that the club appear to have prepared for.

For the first time this season, they will be without Kane for a long period, and Sports Mail’s Ian Ladyman says that they will struggle in the absence of the Englishman.

Writing is his column on Daily Mail after Tottenham’s 3-1 loss to Liverpool, he said that Kane and Son are one of the most dangerous attacking duos in Europe, but they have no replacements in the team.

Now that Kane is injured, figuring out who can step up as a replacement will not be an easy task, because there are really no other options that they can rely on.

He writes: “Kane and Son are among the most dangerous and exhilarating attacking duos in Europe. The Korean is now at elite level.

“But Kane’s half-time withdrawal with yet another ankle injury exposed a lack of depth and the absence of any other way to hurt teams. Tottenham do not have options they feel they can rely on. Bale has been a huge disappointment since his return from Spain while players like Lucas Moura and Steven Bergwijn exist on a rung or two further down the ladder.”