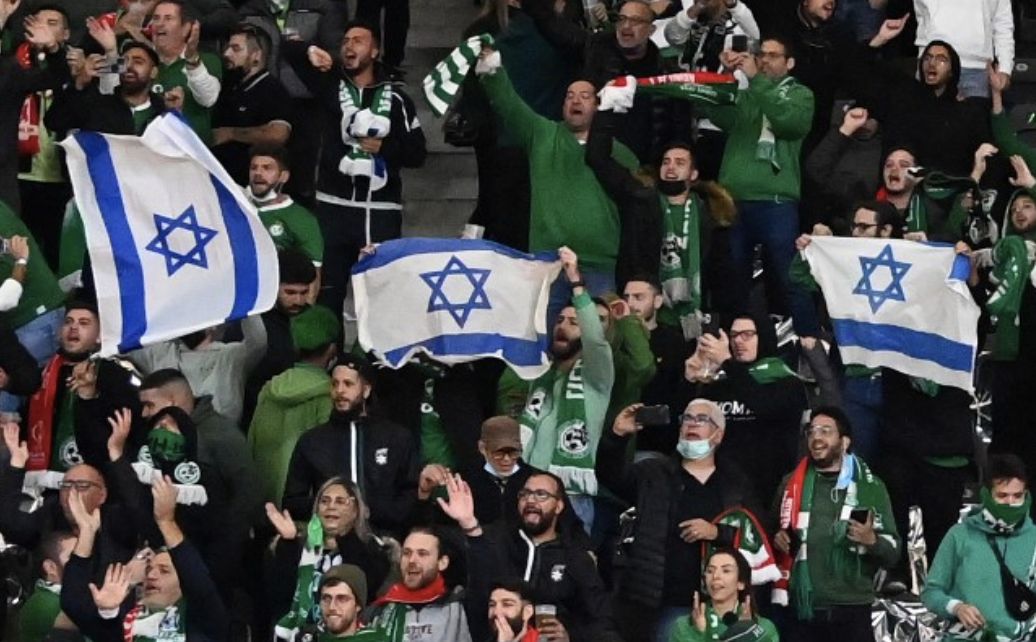 Anti-Semitism is back in the news.

UEFA said an “Ethics and Disciplinary Inspector has been appointed to conduct a disciplinary investigation regarding potential discriminatory incidents”.

Berlin police are also investigating the anti-Semitic abuse, which included a Union supporter trying to set fire to a paper Israel flag.

Police are also investigating for incitement, with one suspect, who repeatedly shouted “Sieg Heil”, being probed.

The Berlin police announced on Friday at the request of the German Press Agency that an investigation is being initiated against several as yet unknown people on suspicion of sedition.

They are said to have “verbally provoked and threatened” fans of Maccabi Haifa during a dispute in the fan block and made xenophobic statements. An unidentified suspect is being investigated because he is said to have set a flag on fire.

According to the police, another man was temporarily taken into custody after he repeatedly shouted “Sieg Heil”. He now has to answer for “using signs of unconstitutional organizations”.