Home » “Would you want to bring a player in who could upset the apple cart?” Pundit questions Tottenham possibly signing troublemaker 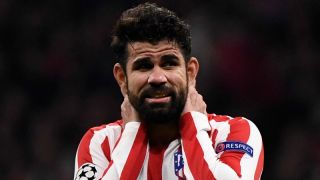 Tottenham Hotspur
“Would you want to bring a player in who could upset the apple cart?” Pundit questions Tottenham possibly signing troublemaker
By Bruce Grove - 28 December 2020, 13:30

One of the high profile players that Jose Mourinho has managed is Diego Costa and the Spain international is set to become available from next month.

Costa won the Premier League with Mourinho at Chelsea in 2015, and with the Special One looking to win the title with Tottenham, the striker is one player that the club may make good use of.

Atletico Madrid will not extend his expiring deal, and he could be available for transfer as soon as January.

With suggestions that a reunion with Mourinho might be on the cards, Kevin Phillips believes that it makes no sense to bring him to Spurs, and he doesn’t think that Mourinho is thinking about that now.

He said that while the striker is a good player, he is also a very disruptive presence that Tottenham will not want to have in their team at the moment.

Phillips told Football Insider: “If you got the Diego Costa that was annoying and a handful at Chelsea he would be a good fit for a lot of Premier League sides.

“Would he come to Tottenham? He would be fighting Harry Kane again.

“He has shown that he can be a bit moody so would you want to bring a player in who could upset the apple cart? It is a difficult one.

“I probably don’t see him coming back to the Premier League. At this stage of his career I think the pace of it might be a bit too much for him.”