Home » “Why in God’s name do you need to do this? Pundit slams Tottenham player after Leicester City loss 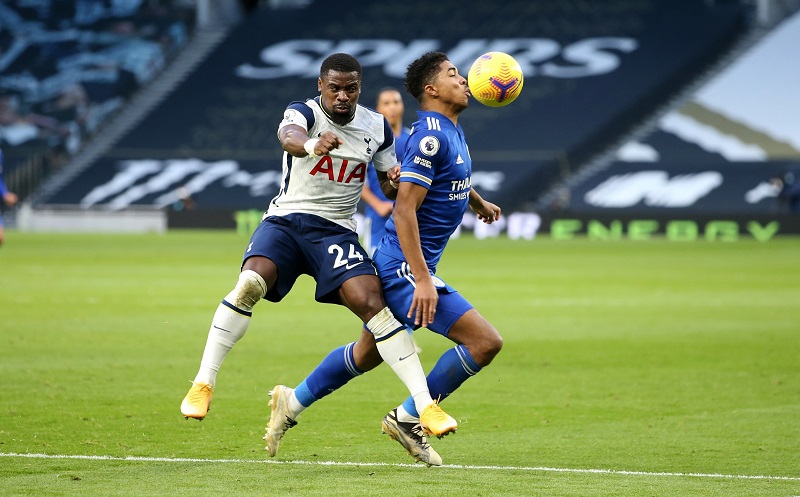 Tottenham Hotspur
“Why in God’s name do you need to do this? Pundit slams Tottenham player after Leicester City loss
By Bruce Grove - 20 December 2020, 20:00

Serge Aurier has been one of the most improved players at Tottenham this season.

Unlike last season when he looked like an accident waiting to happen, he has been more assured playing for the team in this campaign.

However, against Leicester City, he was back to his former self after he needlessly bundled over Wesley Fofana to give away a penalty which Jamie Vardy duly converted.

The Ivorian has been slammed for the act that moved the momentum of the game in favour of Leicester City.

Jimmy Floyd Hasselbaink was on Sky Sports duty and he was baffled at Aurier’s decision making and said that the right-back forgot that he was in the penalty box and made a “rugby tackle” on the Frenchman.

Hasselbaink told Sky Sports via Mail Online: ‘It is just really a silly challenge. Sissoko loses the header and then this. I’ve got no words for it, why in God’s name do you need to do this? In the last minute of the game!

‘It’s just a rugby tackle. You don’t do that. He tried to get there by trying to push the opponent out the way but forgetting he’s in the box. It’s as simple as that. That’s a rugby tackle.’

Aurier knows that he cannot make silly mistakes like this as Matt Doherty is waiting to take his position at the very first opportunity.