A number of Tottenham fans have reacted negatively after the club refused to meet with the Tottenham Supporters Trust (THST), though not so much towards the club but more at the THST.

Spurs have had a troubled start to this season and their fans under the THST want to discuss that with the club.

However, they have turned them down as revealed by Matt Law of The Daily Telegraph on Twitter.

Being his normal troublemaking self, Law posted a quote from Levy who had said in May that the Lilywhites care about and respect their fans.

Then Law adds that Levy has now refused to meet with the same fans that the journalist reckons Levy professed to care about.

Law posted the article on his Twitter account and fans filled the comments with their views of the development and it seems that his click-baiting and stirring did not have the effect he had hoped for.

Most of the responses were far more anti-THST and rightfully so and if Law or his fellow journalists knew anything about Spurs they would have known how a good number of Tottenham fans hold the THST in such low esteem.

The truth is that the THST do not represent a lot of Spurs fans and if the media try to push this agenda they will come unstuck, they have enough ammo to use on Levy without trying this rubbish.

Not a fan of levy but @THSTOfficial is a joke https://t.co/XqM4EfTdDE doesn't really matter

Didn’t THST turn down invite from spurs not so long ago?

What a disgrace although this was evidently going to happen. He sent Paratici out to do that interview to ‘appease’ the fans and that’s the end of it for Daniel. Not good enough. This is just another example to add about how Levy doesn’t respect the supporters at all.

The trust said they didn’t want to deal with the current board anymore. Then demand a meeting 🤷‍♂️. They’ve played it as poorly as levy 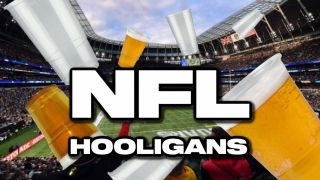