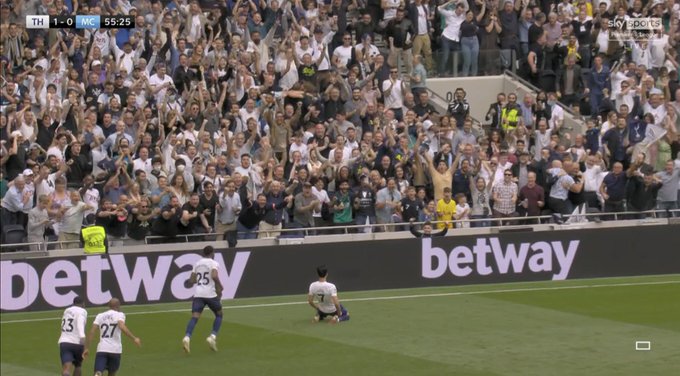 Tottenham Hotspur
Video – Son opens the scoring to put Tottenham one up against Man City
By Bruce Grove - 15 August 2021, 17:49

Son Heung-min has just put Tottenham one up against the current Premier League champions and it cannot be argued that it was against the run of play.

City usually dominates but not today, they have had their moments but so have Spurs and the goal from Son was fully deserved.

It was a nicely taken goal though the City keeper could have done better but watch the video below for yourselves, you will enjoy it.

Clinical counter-attack from Tottenham, and the champions trail in North London…