Home » Video: Roy Keane admits he was “angry” watching Spurs failing to do the “basics” against Chelsea 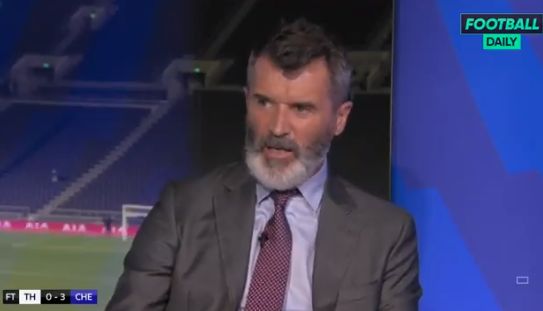 Tottenham Hotspur
Video: Roy Keane admits he was “angry” watching Spurs failing to do the “basics” against Chelsea
By Mark Brus - 20 September 2021, 6:40

Roy Keane isn’t one to mince his words, and he was clearly far from impressed with what he saw from Spurs in the 3-0 home defeat to Chelsea on Sunday.

The former Manchester United captain slammed Tottenham’s failure to do the “basics” against Chelsea, criticising the second half capitulation and the body language of some of the players as they didn’t work hard enough for the result.

Keane says it made him “pretty angry” watching Spurs, and you can see that from his analysis in the video clip below…

Roy Keane is critical of Tottenham's desire and not doing the basics of the game pic.twitter.com/WQjVDluVVp

Keane is far from the only one who will have been annoyed, with Spurs really collapsing in their last two games after initially making such a solid start to the new campaign.