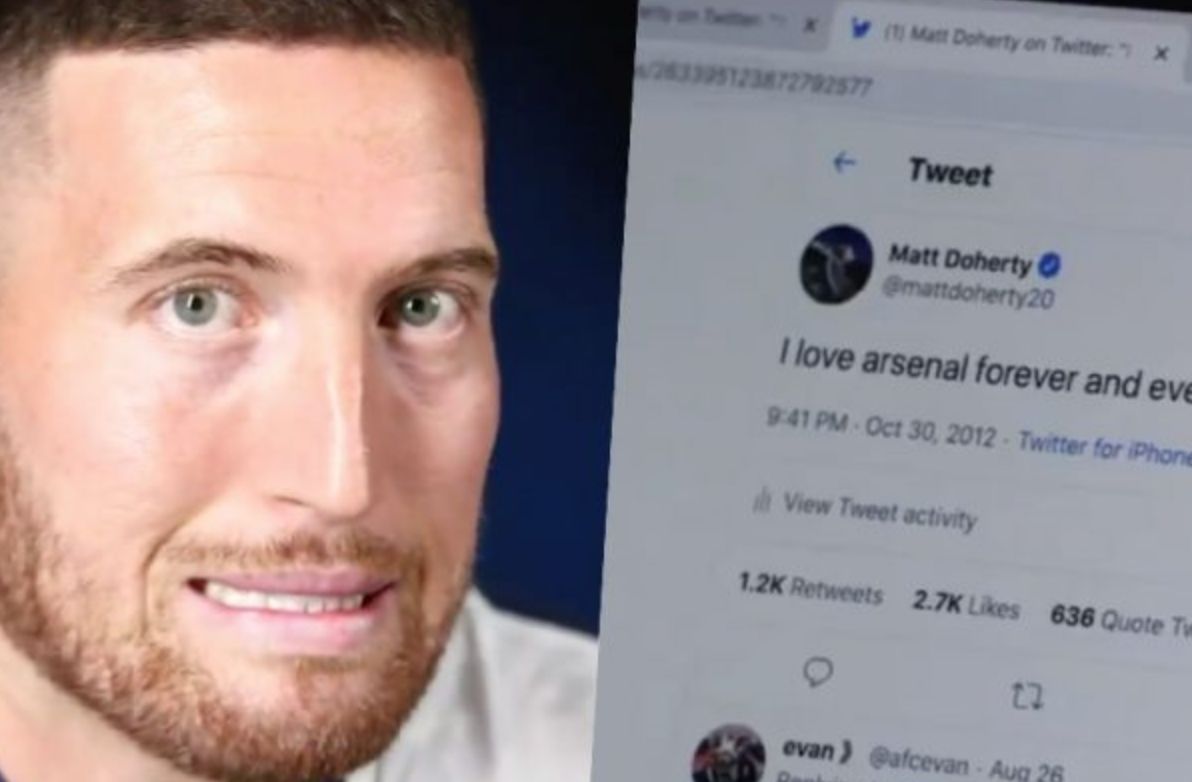 There’s been a rumbling concern amongst fans over the quality of Doherty and one part of the more nuanced debate was in respect of Matt being more comfortable playing in either a ‘3’ or a ‘4’. After yesterday’s débâcle, I think the point is moot. He’s just not very good at playing football at this level.

The biggest grip is apparent lack of awareness when it comes to positioning, which is a massive handicap for a defender. If we nab a still from the video above, then it really does make one wonder what Ledley King’s role at the club is achieving. This is basic stuff.

This move didn’t result in a goal, but it does highlight how abysmal the Irishman’s positioning was. Arsenal has a free-kick, and what does Doherty think is going to happen in all that space to his right? I understand that he can’t be everywhere, but surely a part of his brain is going to be aware that this entire channel is open.

Tierney and others caused absolute mayhem down that right-wing. Gareth Bale’s defensive capabilities are limited and moving Hojbjberg in to mop up only served to leave us exposed elsewhere.

Tottenham has been on this cycle of buying players that ‘aren’t quite’ the real deal for too long. Yet the money IS there, We’re paying Bale £320,000 a week for goodness’ sake.