Home » Video Analysis: What Needs To Happen In Order For Antonio Conte To Be A Success At Spurs 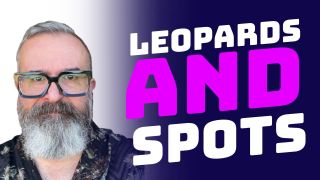 BOY ON FILM Latest Blog
Video Analysis: What Needs To Happen In Order For Antonio Conte To Be A Success At Spurs
By Harry Hotspur - 2 November 2021, 12:14

So what now for Tottenham and their oft-maligned squad, many of whom failed under not just Nuno, but Mason and Pochettino before him? What lies ahead is far from entirely certain. A good number of players are facing a bend or break scenario with a coach famed for a no-nonsense approach, which may result in a comply or die situation.

Working on the basis that the players may not suddenly spring into life, then Daniel Levy will need to either sell some of his failures for less than he may wish to, or release funds from another source.

What is going to obstruct any hope of success, is a repeat of ENIC’s reluctance to spend and refusal to let the head coach secure the players he feels he needs. Can the ENIC leopard change its spots?