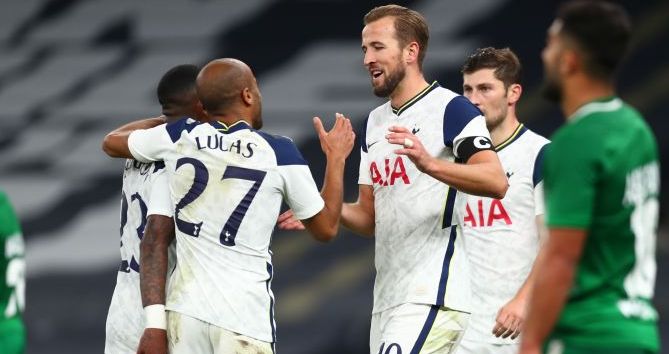 Good morning where you are. One of the pitfalls of living in one the most picturesque parts of England, is when the broadband goes, it doesn’t just strop off to her mothers for a few nights with an overnight bag, it leaves with everything including the carpets, doorknobs and the light bulbs. So apologies for the radio silence during one of Tottenham’s most memorable wins in Europe last night.

The build up to the game consisted of an unwise dressing video from a Palestinian Maccabi Haifa player, losing his mind and denigrating Harry Kane. What a legacy to his children. Taunting the England captain before he put a hat trick past you.

A great result, and we’ll be digging a little deeper across the day. The predictably tough juggle for José and his coaching staff now is to guard the physical well-bing of his players as we progress on three fronts, the Premier League, the League and Europa cups. In the words of the gaffer, ‘it’s not human.’

Working for Daniel Levy rarely ever is mate!