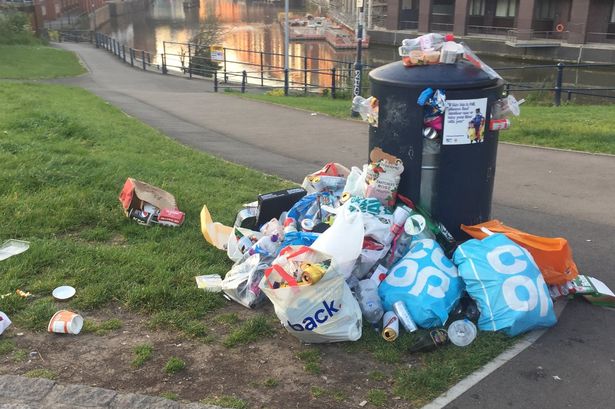 Today we all woke up to the sensational headline that Harry Kane is off to Man City in a British record transfer worth £160 million.

Apparently, according to the Sun, Tottenham chairman Daniel Levy telephoned Kane last Friday and informed him the England captain that he can leave for City.

The same report further states that Kane has shook hands with City on personal terms.

Where to start with this one?

First, it is the Sun and so the credibility of the article is open to question from the get-go but even more tenuous is the reporter that penned the article, a certain Clemmie Moodie.

Now, Moodie is not a sports journalist and therefore it is a little strange that this journalist is the one that got the “scoop” and a quick look at Moodie’s previous articles makes the claim even more outlandish.

This is a journalist that has stuck out articles headlined, Mel Gibson called Britney Spears and said Christianity would save her or Britney Spears ‘went missing for 24 hours & was found on the street by surfers’ and this beauty Strictly hopes to line up ‘hero of the pandemic’ Chris Whitty for new series.

In better words, the reporter does what we all know to be gutter tabloid reporting who rarely reports on football and the vast majority of the reporting is entertainment gossip involving the likes of Piers Morgan, Britney Spears and so on.

Secondly, the bookies, one does have the odds at 1.44, however, the rest are not odds on and are above 2.0 and the one thing bookies do not do is give money away and offering odds above 2.0 is exactly that, if this ridiculous rumour was true.

There is no way Kanes odds on going to City would be so high if Levy had sanctioned the transfer.

Finally, the amount of money.

City are financial dopers or as some of us call them, cheats. However, they have never spent over £100m on a single player, nowhere near it, in fact, what they do is drop £50 on 3-4 players at a time, they have never entered into sky-high transfer fees and it would be out of character for them all of a sudden to do that this time.

Now, I accept that the bookies may be reacting slow, that City may one day spend a world record amount and that even a tin pot tabloid journalist could get it right once but only as single events.

I cannot accept that overall the bookies get it wrong, City break their transfer policy and a tabloid hack beats the likes of Fabrizio Romano and other credible full-time football journalists that have spent years cultivating sources to the biggest summer transfer news. Not all at the same time.

So, in conclusion, in my opinion, this is pure bull and a load of rubbish.

“He suffers from Solskjær-syndrome” Nuno fast losing credibility with his latest comments
25 October 2021, 10:00
Follow Us
wpDiscuz