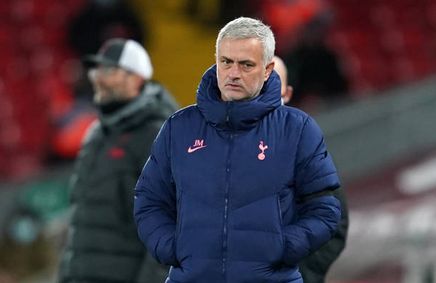 Tottenham Hotspur
The three games where it all went wrong for Tottenham and could cost Mourinho his job
By Bruce Grove - 13 April 2021, 9:00

Tottenham have had a poor season so far and there are almost no signs that it will get any better, especially with so few games remaining.

If Spurs win the Carabao Cup then there may be an argument to be made that Jose Mourinho has done what he was hired to do, win a trophy, but I am not sure that even his most ardent supporters will agree that is enough overall.

The season started so well, beating Man City 2-0, thumping Man Utd 6-1, Southampton 5-2 and sitting top of the table but it has all unravelled in spectacular fashion.

There are many reasons why this has happened, the players not being consistent enough, long term under-investment from Daniel Levy and possibly Jose Mourinho not being the manager he once was.

I doubt many will argue about the players and Daniel Levy but with Mourinho, there still appears to be a split in the fan base, though I suspect more want him out now than for him to stay.

Mourinho was always going to be in a difficult position, his reputation is such that anything less than a spectacular season and he will be slammed, regardless of the context and what he has to put up with.

There were three games this season, in my opinion, that I considered turning points and where it all started to unravel.

Those games are the 2-1 loss to Liverpool at Anfield, the 3-3 draw with West Ham and the 3-0 defeat at the hands of Dinamo Zagreb.

Some will no doubt say losing 2-1 at Liverpool is not something to be ashamed of but you cannot ignore the context of that game. You cannot ignore the subs Mourinho made in that game and you certainly cannot say it did not have an impact in the dressing room the way they lost that match.

Losing a three-goal lead in the final ten minutes to West Ham was devastating, it invigorated the Hammers who have since gone on to have a brilliant season by their standards and Spurs have never really recovered, certainly not mentally.

Everything could have been repaired by winning the Europa League, it would have given Spurs a European trophy and Champions League football and let’s be honest, Tottenham did stand an excellent chance of winning the competition but we all know what happened.

Is Jose responsible for those three defining moments? He must shoulder a lot of the blame but so must the players and chairman but it will be Mourinho that will ultimately be the fall guy, regardless of where the blame lies.