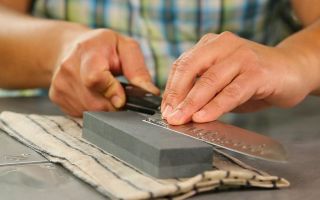 Latest Blog
The Athletic Has Its Knives Out For Mourinho But Thankfully They’re Blunt
By Harry Hotspur - 23 February 2021, 8:59

There are voices of dissent in the Tottenham dressing room according to Jack Pitt-Brooke for The Athletic (£) who suggests he has up-to-date gossip that reflects a mood of dissatisfaction broiling at Hotspur Way. I’m not sure Danny Rose would be in a position to speak out any longer, in fact, it would be just Daniel Levy’s to get him in to sign an NDA in exchange for seeing his contract out whilst busting moves on his X Box. My gut instance suggests that this stems from Dele Alli, in particular this part… “There is no plan to move the ball forward. The plan is to defend, boot the ball up to Harry Kane and Son Heung-min, and that’s it.”

It’s sad to see the decline in the editorial remit of The Athletic. Once the home of long-form analysis, we are now effectively being presented with HITC on steroids as your writers are focusing on following whatever the mood trends are on social media. Endless rejigs of The Athletic’s subscription model, plus this pandering to the white noise end of fan opinion suggests the sporting behemoth might have sight of who their Tottenham readership is, or might be.

Instead of recycling grudges against Mourinho, a critical analysis would spare a thought on not just the shambolic scouting at Tottenham, the ageing squad, and the extraordinary business of Levy leaving Pochettino swinging in the breeze over numerous transfer windows before the Portuguese landed, but the inevitable psychological deterioration that players will have to had to combat, playing in many instances for a side that in the wrong end of a decade has won nothing. All whilst reading from a card how fabulous the stadium is.

What’s more tangible that wheeling out Mourinho tropes for unthinking fans to cheer at are the overarching aspects of neglect and contempt that actually created this mess we find ourselves in now.

Martin Amis had a good line for writers, that they ought to always write for the top 5% of their audience. The idea being, of course, that one would then take the others with you on the path to enlightenment.

A practice that requires an abundance of critical thought and wit, but sadly for The Athletic that won’t happen with an editor standing over everyone, demanding greater levels of ‘reader engagement’.

Analysis: Dele Alli’s Display Against Burnley Revealed Something I Thought We’d Never See From Him
2 March 2021, 13:28 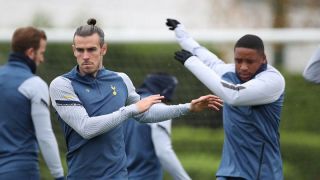