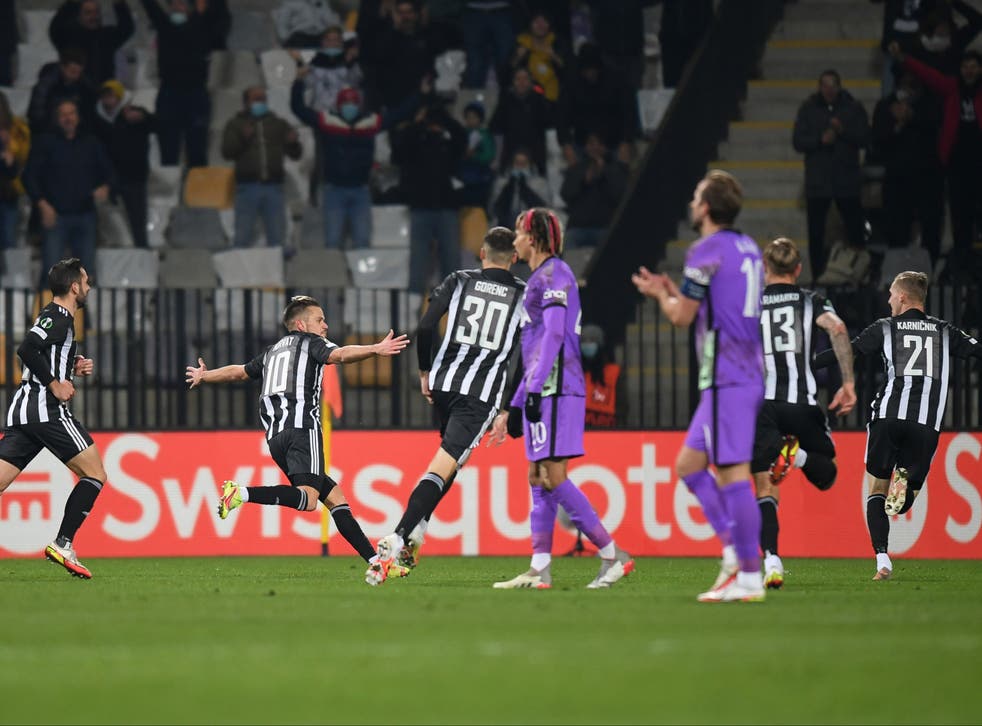 Tottenham Hotspur
“Surely one of the most embarrassing nights in Tottenham’s history” This Tweet nails it as Spurs embarrassed
By Bruce Grove - 25 November 2021, 22:00

The Slovenian minors shocked Tottenham fans with an inspired display against Spurs this evening.

Their determination to get points from the fixture helped them to take an early lead.

Harry Kane scored to draw Spurs level in the second half, but Mura scored with the last kick of the game to inflict a shocking loss on Antonio Conte’s men.

It is also the Italian’s first defeat as the club’s manager and he will certainly know now the scale of the job he has taken on.

Veal tweeted: “Surely one of the most embarrassing nights in Tottenham’s history #THFC”

This result is truly worse than the 3-0 defeat at Dynamo Zagreb last season.

It is simply inconceivable to think Tottenham can lose to Mura when qualification for the next round is at stake.

It shows that these players are simply not good enough, especially the fringe ones like Dele Alli and Matt Doherty.

Nights like this define the career of a footballer and some of today’s flops might be offloaded by Conte when the transfer window reopens in January.