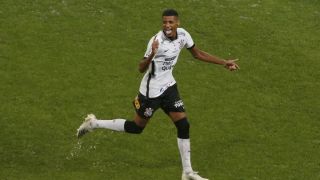 Tottenham have stepped up their pursuit of Corinthians winger, Rodrigo Varanda after he impressed their scouts.

The 18-year-old has been on the radar of Spurs for some years now and Sun Sports claims they have been monitoring his progress in South America.

He will be out of a contract at the end of this season and Spurs intend to bring him to England next year.

The report says the Lilywhites have already held initial talks over an £8.5m move for the teenager.

Spurs have signed some Brazilians in recent windows and even landed Carlos Vinicius on loan for this campaign.

Varanda would be in good company at Spurs as Lucas Moura, Giovani Lo Celso and Erik Lamela also come from South America.

His team has already started working on the paperwork that he would need to make a smooth transfer to England when the time comes.

Spurs haven’t given too many opportunities to young players in this campaign as they focused on winning a trophy under Jose Mourinho.

However, they have fired the Portuguese and their new boss will hopefully have an interest in grooming players.

If that happens, Varanda can be happy that he will get the chance to break into the first team sooner than he thinks.