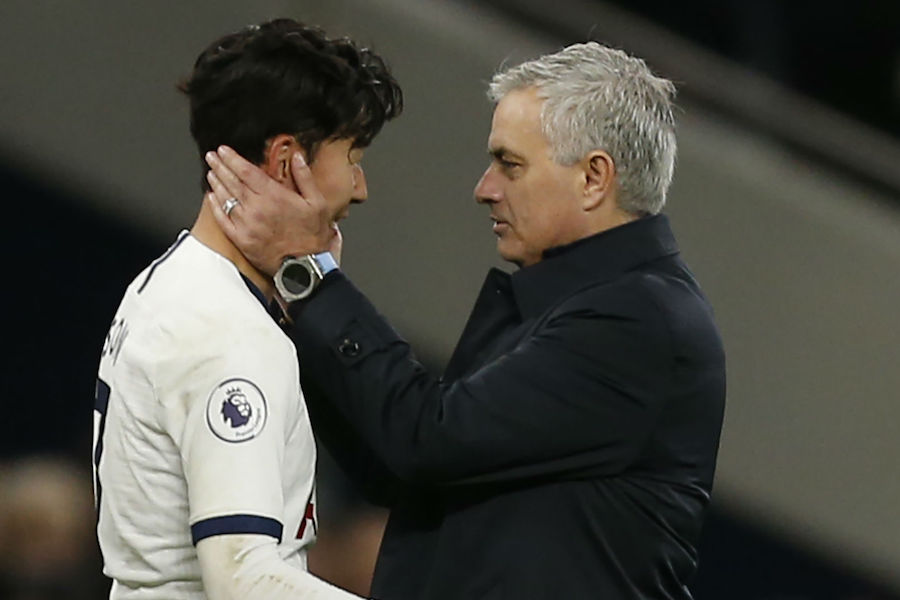 Tottenham Hotspur
Son Heung-Min talks about Jose Mourinho and what he means to the players
By Bruce Grove - 21 October 2020, 15:34

The Special One was made the manager of Tottenham last year as they look to end their wait for a new trophy.

The Lilywhites have had some good managers, but none that have had the credentials that Mourinho brought to the role.

Yet the tactician is famous for falling out with his players, fans, and club owners.

These falling outs have made him look like a bad person in the opinion of some sections of the media.

However, Mourinho has now been defended by Son, who seems to enjoy working with him.

The South Korean claimed that people might not like the manager because they have a difference of opinion, however, the tactician is an honest person and he has brought the right mindset to the Tottenham dressing room.

‘Maybe they have a different opinion compared to what he really is, but we see him every day and it is a great atmosphere at the training ground.

‘We laugh and smile at training every day and you can see that in the Amazon video. He has a winning mentality and we all believe he can bring us success and take us to the next level.

‘He has been amazing with us and I will always remember how I felt when he first came to the club and became my manager.’