Home » Should Tottenham consider splashing out £28 million for South American ace once compared to Messi? 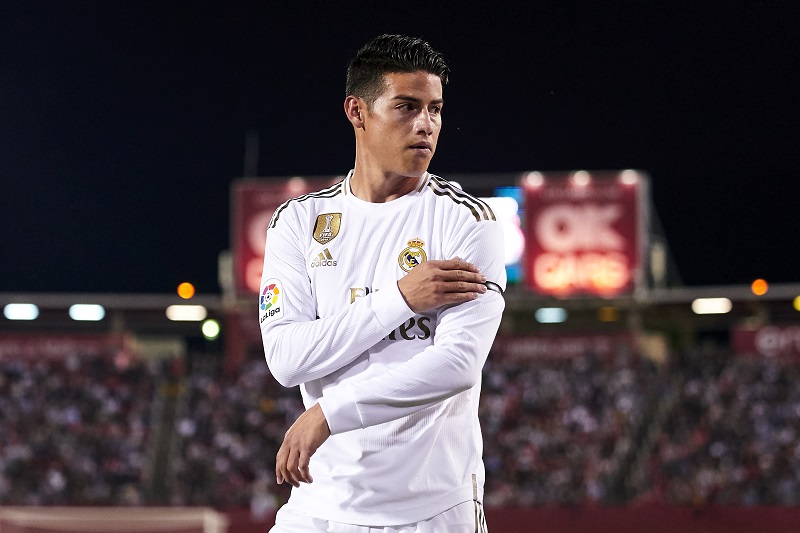 Tottenham Hotspur
Should Tottenham consider splashing out £28 million for South American ace once compared to Messi?
By Bruce Grove - 6 May 2020, 17:00

Tottenham continues to be linked with a wide variety of players and one of those, according to a variety of media outlets, has been Real Madrid star, James Rodriguez.

Rodriguez time at Real has not been a success and the Colombian did not set the world alight when he was sent out on loan to Bayern Munich, however, he is undeniably a top talent.

The 28-year-old probably has one last big move ahead of him and his options are narrowing, he has tried his luck in La Liga and the Bundesliga and you have to think that a move to the Premier League would represent an attractive option for the midfielder.

There is, however, one huge fly in the ointment and that is Jose Mourinho. According to earlier reports the pair have not had the best of relationships and in fact, Rodriguez was once reported to have refused to return to the Bernabeau from Germany if Mourinho made a return to the club he had previously managed..

Whether any of these rumours are true or not is up for debate but at a valuation of just £28 million, Rodriguez should surely be one to consider.

This is a player that the Uruguay manager Oscar Tabarez compared to Lionel Messi and Diego Maradona, albeit that was a good six years ago.

All things considered, if Mourinho and Rodriguez can work together and Real are willing to sell, which they appear to be, then Tottenham could do a lot worse than sign the highly regarded midfielder.