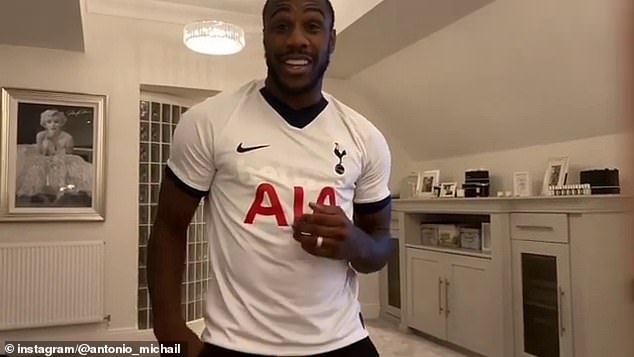 West Ham winger Michail Antonio has done Jose Mourinho the kind service of writing his team talk for him ahead of tonight’s London derby.

The 30-year-old told Sky Sports News that Tottenham are “not the free-flowing, attacking team they used to be” and added that West Ham are not phased by the return of our star forwards Harry Kane and Son Heung-min.

“It’s a fresh start again for us, we go again and Tottenham are a team we normally get some good results against,” Antonio told Sky Sports News.

“One thing I noticed [from their draw against United] is that they are not that free-flowing, attacking team they used to be. They sat back quite a bit and played more on the counter.

“So, we can’t really concentrate on them being back, or anything like that, we have just got to be able to deal with it on the day.”

It is difficult to disagree with Antonio’s comments on our style of play. After bursting out of the blocks with 12 goals in Mourinho’s first four games in charge, we have slowed down to 18 in the last 12 league outings.

And yes, before Jose reads this and gives me the same treatment he did Paul Merson, I know that record is obviously influenced by major injuries. But our recent football certainly hasn’t passed the old-fashioned eye test.

As for Antonio’s second point, the notion that every team has a Kane and Sonny is ridiculous. They are special, special players, and I hope they prove that to Antonio and the rest of his Hammers wallies this evening.