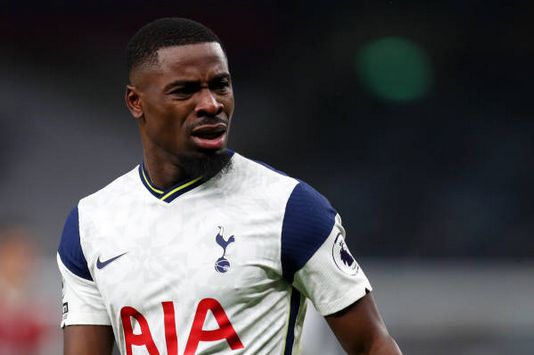 It’s been close to a month since Serge Aurier and Tottenham Hotspur reached an agreement to terminate the final year of his contract with the north London-based club. Since then, the right-back has yet to find a new club, and it seems as though he could be on the verge of staying in the Premier League.

Liverpool Echo reports that the departure of James Rodriguez to Qatari side Al-Rayyan opens the door for Everton to sign Aurier. Over the last 12 months, the Colombia international was The Toffees’ highest-paid player at £200,000-a-week.

Having those wages off the books allows Everon to have the funds to pay the £70,000-a-week wages Aurier is commanding since it’s what he earned while at Tottenham.

Nonetheless, the report states that Everton is not actively pursuing right-back at the moment. Still, it seems the supporters want Aurier, so it will be interesting to see how long this game of chicken continues until Rafael Benítez’s squad decides to add the former Tottenham defender.