Home » Pochettino Isn’t Rattled Because He Saw It All Coming 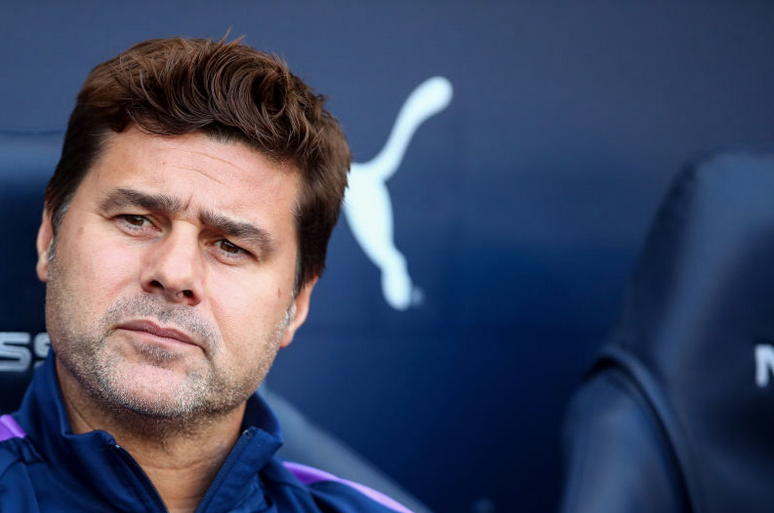 Tottenham Hotspur
Pochettino Isn’t Rattled Because He Saw It All Coming
By East Stand - 8 October 2019, 10:17

International break is upon us, and for once it feels like a blessed relief, if you follow Spurs.

Yes we’ve been playing badly, the results don’t lie and neither do the score lines, but just how badly and what are the worst aspects of the way we’re playing that have ultimately led to them?

“We were complete pony” is the usual response you give when you’ve been trounced 7-2 at home, no matter what the standard of the opposition. However, we could have been 4-0 up in the first half but that ended up being 2-0, then the recently familiar pattern of conceding a goal just before half time returned. Attack still competent, with a leggy defence lacking focus?

Fans and Pundits alike are asking “why play an ageing defence pushed that high up? Why play Aurier? We know he’s a defensive liability…” etc. It’s also clear that this is primarily a defensive issue and one that affects the personnel that play those positions.

However, most of us could well be missing the point here and this whole situation may have a certain familiarity about it. Cast your minds back to when Poch first arrived from Saints, he took over a hotchpotch squad, of the ‘magnificent 7’ Bale money incomers and random players like Fazio and Stambouli.

Plus the dead wood such as Adebayor, Kaboul and Dawson etc. Lots of players that firstly didn’t suit the way he wanted his team playing but even if they did earlier in their careers, many of them were also either at the wrong end of their twenties or in their early thirties.

Poch’s whole reputation was built around his great work, using a core of very young and hungry players, sure he can teach the odd old dog new tricks, but generally he steers clear of it.

There could well have been a complacent hierarchy within the playing staff and probably a few egos bouncing about when he arrived (as with many clubs). Poch probably knew that players like Kaboul and Adebayor, particularly at that stage of their careers weren’t going to fit into his high energy pressing game and high intensity training sessions. He may have also even seen it day to day in training, he probably already knew what he was dealing with.

Rather than just freeze these players out and have some massive stand off with them, Poch named Kaboul as skipper and played as many of the old guard as he could in the early part of his tenure. This was to let them go out there and allow them to show the world how well they could really play under his methods.

Many of the older players or the younger ones that just didn’t fit in, played like they were in shock at the sudden culture change and all fell by the wayside, as Poch pieced together a young dynamic team and the rest is history.

Could this current malaise be merely history repeating itself? The only difference this time around is that the players in question have been at the heart of the Poch project for over five seasons.

The problem now is that they no longer fit the profile that Poch wants, particularly in defence. They’re too old, too slow and want contracts that don’t reflect their intrinsic value to the manager any more, and if they were all under 26, we probably wouldn’t even be talking about this.

The fact is they aren’t under 26 any more and Rose, Verts and Toby all want one last big contract and it’s looking increasingly unlikely that they’re going to get that at Spurs.

Personally I would have tried to tie Toby down as he’s still only 28 and a quality defender. Then again, he wants a huge final contract just as his legs begin to slow him down. The same goes for the others and Aurier is what he is; just not up to the job.

Meanwhile, Sanchez, Foyth and Sessegnon are lined up for integration. In midfield LoCelso and Ndombele have also been added, also both under the age of 23.

The complacent hierarchy of players he may have encountered when he first arrived at Spurs has now emerged again mainly because of Father Time. Poch has recently spoken of a ’rebuild’, ‘agendas’ and not being a ’charity’. Poch knows what works for him and his staff and it’s pretty clear that he’s ruthless when he needs to be, as all top managers often are.

However, the way the whole thing has been handled from the top and the timing of all this is shocking, this is something that seems clearly out of Poch’s control and ultimately Levy’s responsibility.

One thing is for sure though, the old saying ‘give them enough rope, and they’ll hang themselves’ is very much applicable here. Both to Poch’s approach to his rebuild strategy and what we are currently seeing on the pitch.