Oh no, it’s the Morning Line

St. Lineker has been busted. The man who chopped off the opening ceremony of the competition for viewers, and gave them a Mother knows’ best speech:

‘From accusations of corruption in the bidding process to the treatment of migrant workers who’ve built the stadiums where many lost their lives. Homosexuality is illegal here and women’s rights are also in the spotlight. Stick to football, say Fifa. Well, we will – for a couple of minutes at least.’

It now emerges that the patron saint was on £400k a year for a period of 4 years when he was working for Al Jazeera, which is owned by the Qatari state.

Mail Online says that Linker’s coverage of the opening game had received 1,435 complaints.

Speaking of the Doha broadcaster, disgraced former Sky Sports presenters Keys and Gray were interviewed by Piers Morgan, and the Scot Gray admitted he had battled with suicidal thoughts when he and the monkey-pawed one were shamed, and soon after sacked. 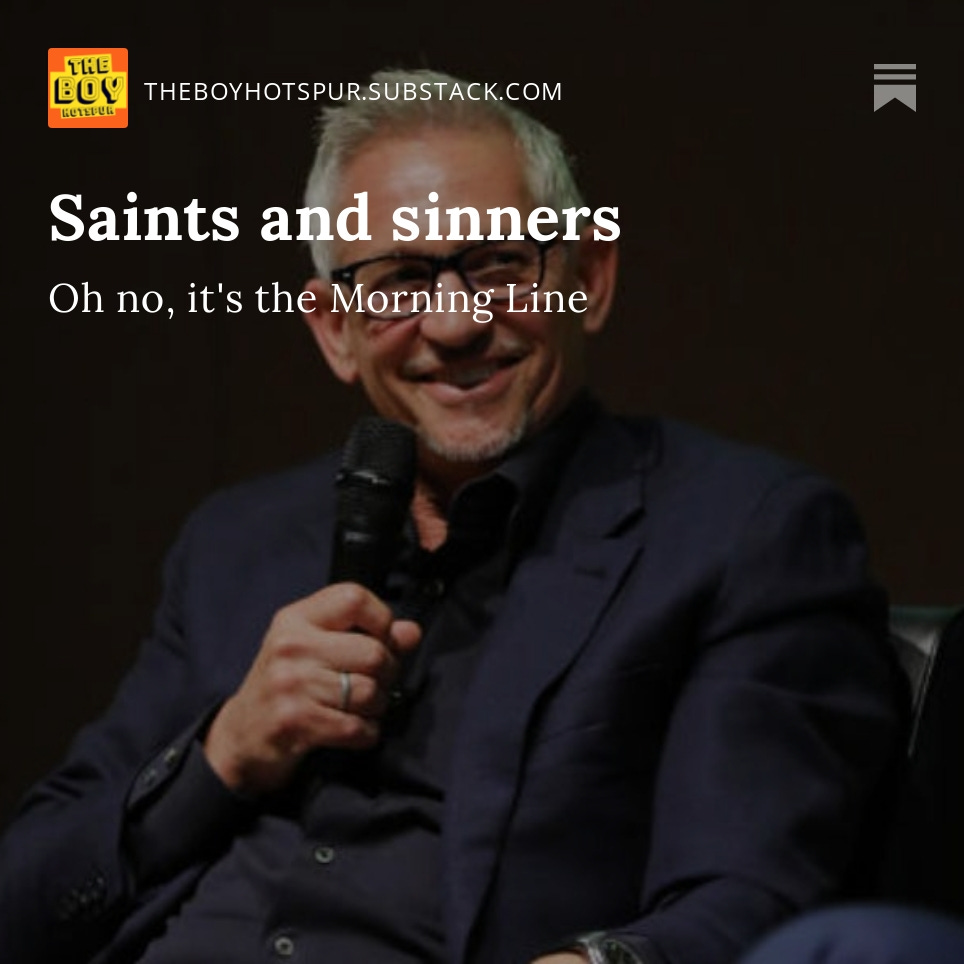 Harry Hotspur
Tags NewsNow
Related Articles
Reliable Journalist claims 23-year-old’s January move to Tottenham is off
Jan 30 2023, 8:29
Relevo exposes winger’s plight at Spurs who is ‘doing everything he can to get out’
Jan 29 2023, 20:08
Premier League club eye a late move for 30-year-old Tottenham striker as club opts to let him go in January
Jan 29 2023, 18:47