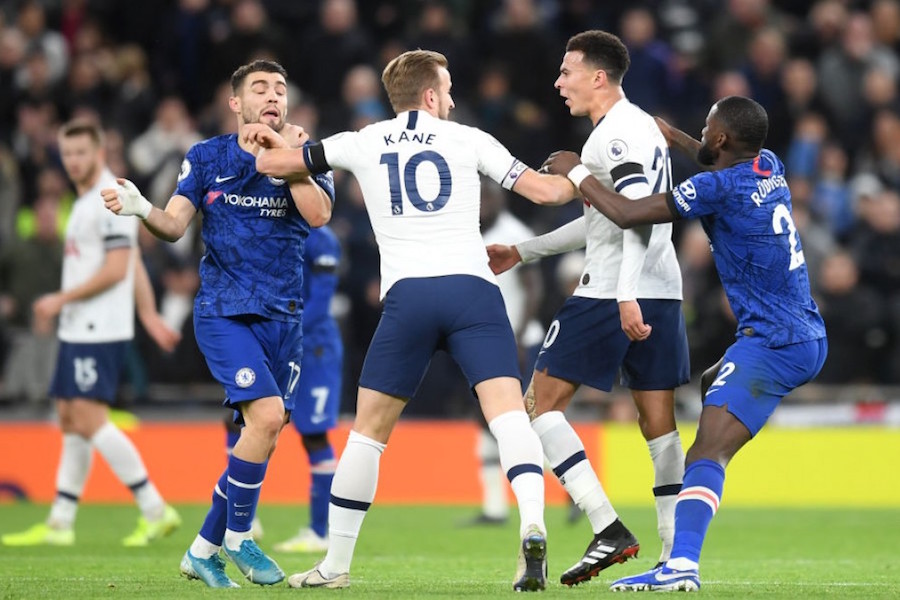 Tottenham Hotspur
Mouthy Chelsea man looking to beat Spurs to show they are the top team in London
By Bruce Grove - 26 November 2020, 16:20

Cesar Azpilicueta reckons Chelsea’s match against Tottenham this weekend is the kind of game that the Blues love to win so that they can prove they are the number one team in London.

Jose Mourinho will take his table-topping Tottenham team to Stamford Bridge Sunday with hopes of remaining top of the Premier League after all the round of matches have been played this weekend.

Tottenham have started this season in fantastic form and they are currently one of the favourites for the league title.

However, Chelsea is similarly on a fine run of form and the game this weekend will bring together two of the League’s most in-form teams.

The Blues and Spurs are bitter rivals and the Spaniard recalls how his team denied Tottenham the chance to win the Premier League in 2016.

Spurs had been winning that encounter 2-0 at halftime, but Chelsea rallied in the second half and drew the game 2-2.

Speaking ahead of the game, Azpilicueta told The Telegraph: ‘It’s one of those kinds of games when you usually feel a special atmosphere at the Bridge and that game [in 2016], we were having a terrible season, we were losing 2-0 at half-time.

‘But, in the second half, the electricity around the stadium… I think something clicked that day that even though we were not playing for anything, just to not let Tottenham win the league. It was not only the game, it was the title race as well that they were involved in.

‘Every year is different and we had a very good record against them until two or three seasons ago when we lost, but, hopefully, we can keep beating them at the Bridge.

‘Since I arrived at Chelsea, I always tried to have the winning mentality of every game to finish at the top for the top trophies.

‘That includes being the top team in London and we want to be at the top because that means we are the No 1s. That’s what we fight for.

‘We are in good form and, hopefully, we can improve on last season and now reach higher levels.’

This sort of talk is what cost Arsenal last season when they got all mouthy before they came to the Tottenham Stadium, and we all know what happened then. You would think that these players would know when to keep their mouths shut, but then we are talking about one of the mouthiest teams in world football, so it is no surprise.

“I think he would be the best signing they could make in January,” Pundit reckons Tottenham should do this
10 January 2021, 12:00

“Even if it’s just the Carabao Cup, it’s still a senior cup competition” Finance expert says winning the trophy is worth more than we think
9 January 2021, 17:00
Follow Us
wpDiscuz