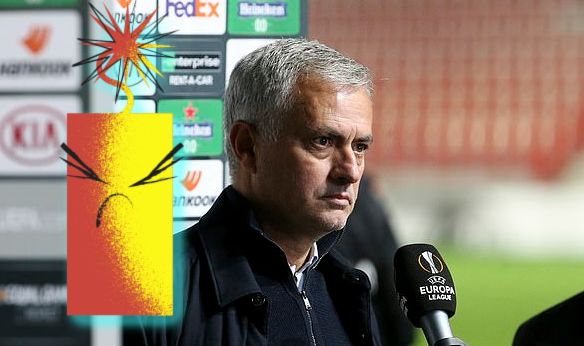 At first glance, when José Mourinho’s ‘I am the one to blame’ comment is the Portuguese stepping up to take the bullet for the loss. Now, few things in life get me riled as fast as the old ‘so what you’re saying is’ line, but one doesn’t need to approach this post match presser from a deliberately meddlesome point of view to see that José is fuming over what his boys did to him last night.

No courage, no honesty, and no loyalty. Very few of our players appeared to have even a pinch of self worth about them, and the gaffer must be not just raging, but fundamentally let down by people he had placed his trust in.

The sole saving grace from last night’s game was that this misfire happened in a competition were small indiscretions can to a certain extent, swept under the carpet. As long as we don’t serve up any more incoherent football in the Europa, there’s no reason why we should’t progress as planned.