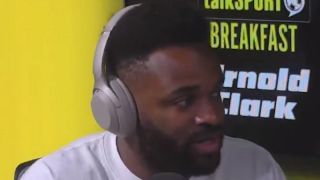 Tottenham Hotspur
Mourinho must be sacked if Spurs do not win a trophy this season claims former Tottenham ace
By Bruce Grove - 23 February 2021, 18:00

Darren Bent has tipped Tottenham to sack Jose Mourinho if he cannot win a trophy this season.

The Lilywhites made him their manager after struggling to win trophies under Mauricio Pochettino.

Mourinho has won silverware at every team he has managed and that is why Spurs took a chance on him.

He ended his first half-season by leading them to a Europa League place.

They started this season well and were top of the Premier League around December, but things have quickly unravelled for them now.

They are close to the bottom half of the league table at the moment, although they have also reached the final of the Carabao Cup.

Bent says the only reason Spurs replaced Poch with the Special One was that they needed to win trophies after several near-misses under their former boss.

If Mourinho cannot deliver that, it is impossible for them not to fire him at the end of this season.

“I think Jose Mourinho is under a lot of pressure, because quite clearly Spurs fans are not happy with what they’re seeing,” Bent said on Tuesday’s Talksport Breakfast show.

“At one stage they were not happy with the football they were seeing but they were tolerating it because Spurs were at the top of the table, things were going well and it seemed to be working.

“Now all of a sudden it seems to have turned and I think he’s under massive pressure.

“If he goes this season without winning a trophy… if Tottenham finish ninth or tenth and don’t win a trophy, then what was the point in bringing him in the first place?

“I know he’s in one final already against Manchester City, but with the way City are playing you’d expect them to win that.

“Pochettino was finishing in the top four, got Tottenham to a Champions League final and they sacked him because they felt he wasn’t the right guy to get them over the line to win a trophy.

“But if you bring in a serial winner, and that’s what Jose Mourinho is, if they don’t qualify for the Champions League, don’t win the Europa League or any other trophies, I don’t think they can possibly keep him!”