Home » Mourinho: A defensive manager or a manager who knows how to defend? 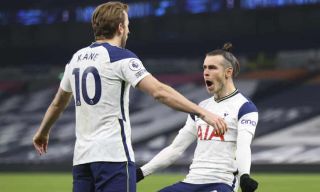 Latest Blog
Mourinho: A defensive manager or a manager who knows how to defend?
By Harry Hotspur - 13 March 2021, 7:29

Good morning where you are. This table from LiveScore landed in my inbox in the small hours and provides that beautiful thing we know as context. José Mourinho has suffered criticism from some sectors of the fanbase, as he appeared occasionally incapable of producing ‘entertaining’ football.

To date, we’ve seen the Portuguese’s ‘I will help you explode’ promise to Harry Kane begin to be delivered, plus we’ve seen a lot of goals. Despite having played on 45-games this season, Tottenham has already scored more times than two of José’s previous Premier League campaigns. At this rate we could well be the highest scoring Mourinho side outside his time at Real Madrid.

I’ve made the case previously that defending isn’t a bad thing at all, and that we have seen fast-flowing attacking football at Spurs before, and it didn’t result in any tangible achievements. A combination of a manager who knows how to defend and how to score would surely be ideal, no?