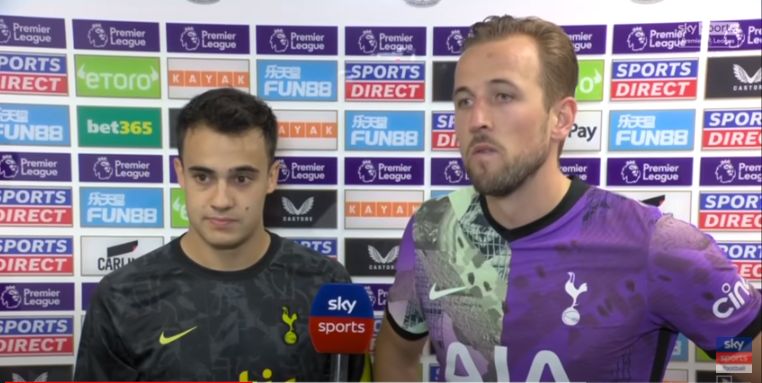 Tottenham Hotspur
“More important than anything” Reguilon talks about what he said to ref and expresses concern (Video)
By Bruce Grove - 18 October 2021, 12:00

Sergio Reguilon, along with Eric Dier, emerged as heroes yesterday for the part they played in possibly saving a Newcastle United’s fans life at St James Park.

It was Reguilon that first brought the unfolding incident to the attention of referee Andre Mariner and the Spaniard revealed in the post-match interview on Sky Sports what he said to the official.

It was also evident that he played the entire second half without knowing what happened to the fan and he showed his concern in the interview.

Reguilon was speaking alongside Harry Kane, who also spoke about the incident before discussing the game itself.