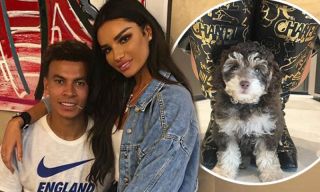 Tottenham Hotspur
More details provided on cowardly attack on Dele Alli and his companions
By Bruce Grove - 16 May 2020, 22:00

The dog of Dele Alli’s girlfriend was one of the victims of the home invasion that the Spurs midfielder suffered recently according to a report in the Daily Star.

Alli was home with his girlfriend, Ruby Mae when the knife-wielding robbers struck at about midnight.

The robbers eventually made away with his valuables, including wristwatches worth a reported £350k.

However, a source has just revealed that the robbers threatened to kill his girlfriend’s dog if they didn’t cooperate.

The dog is a very recognisable pet and Ruby Mae is constantly seen holding on to it.

The model has pictures with the dog and the animal alone all over her social media.

After making their way past the security at the mansion, the robbers threaten to use a knife and kill the dog unless everyone in the house cooperated with them and handed over what they wanted.

A source told the Daily Star: “They were pretty nasty and after smashing their way in and punching Dele.

“They threatened everyone with physical harm unless they complied with their demands.

“They even threatened to kill the dog if things didn’t go the way they wanted them to. It was pretty scary.”

Alli has received supporting messages from people around the world and fellow footballers.

The players have assured him that they will try their best to get the thieves when they attempt to flip the stolen watches claims the Mail.

MORE What’s up with Troy Parrott?

Daily Mail spotlights which players Tottenham Hotspur should cut bait ahead of the January window
27 November 2021, 8:53
Follow Us