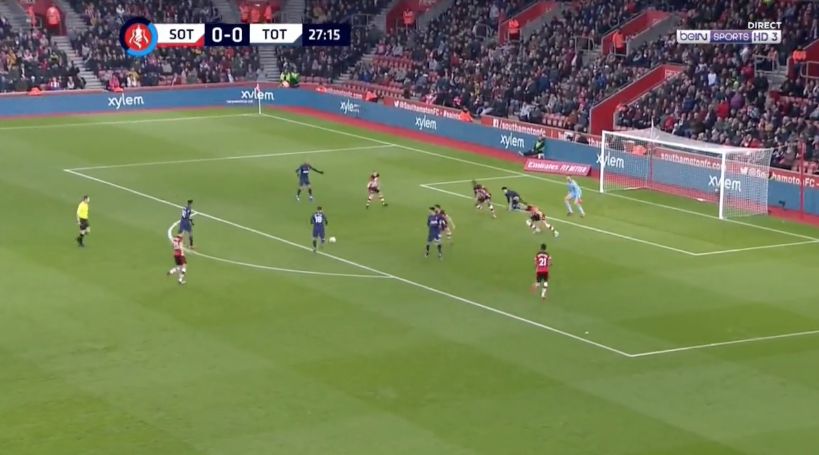 Giovani Lo Celso came the closest to opening the scoring in the first half of Tottenham’s FA Cup tie at Southampton this afternoon.

As close as the width of Son Heung-min’s foot, to be precise.

MORE: “Such A Joke” – These Spurs Fans Fuming With Absentee Vs. Saints

The Argentine stroked home what looked to be the opener at St Mary’s on 28 minutes, but his shot had taken a nick off Son, who was in an offside position, on its way in. Watch the video below to see for yourself.

It would have been two goals in as many FA Cup games for the midfielder who scored against Middlesbrough to help us into the fourth round.

Sonny owes him one!