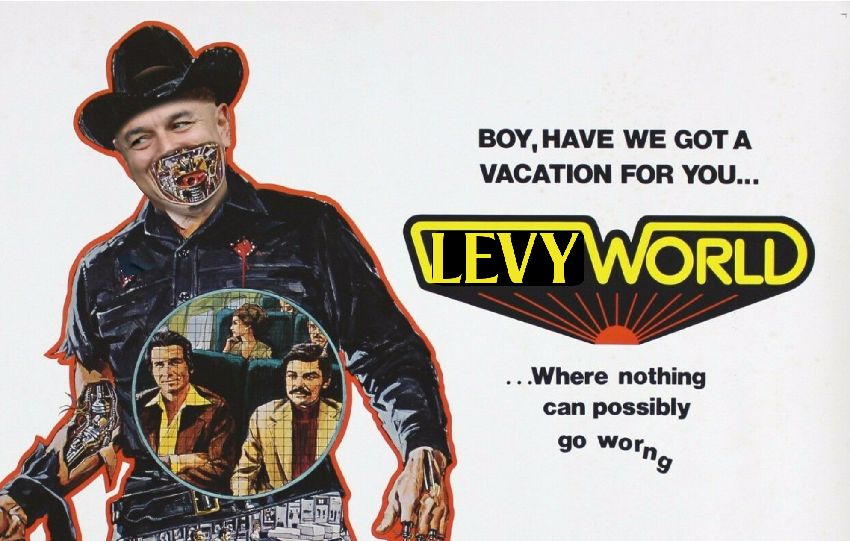 A couple of months ago, I wrote an article for this site talking about the horrific, dystopian unamusement park that is Levyworld – a place where all your dreams come to be crushed beneath the tight-fitting oxfords of a tight-fisted, penny-pinching peddler of mediocrity and shambition.

I spoke about how Nuno was an uninspiring choice for manager (even if that choice were about the 9th or 10th such over the course of the summer) whose teams play a soporific style of football, but that he would be chosen purely because, in Daniel Levy’s mind, he possessed the killer one-two punch combination of being inexpensive to appoint and having low expectations of the club.

I spoke about how Fabio Paractici, as someone synonymous with the past ten to fifteen years of Italian football, was not the person to whom you’d look for an overhaul of a footballing style perceived as negative and defensive over the past couple of seasons.

I spoke about how at Spurs the football side of things has been deemed largely insignificant when compared to the investor relationships and property portfolio of the business, and that this approach has been continually fed through the Levy media machine to herald to fans as something truly worthy of praise as if a West End theatre audience might have turned up at the Ivor Novello theatre purely to marvel at the sumptuous archiving while the show itself consisted of Kenneth Branagh pulling down his chinos and defecating centre stage.

I spoke about how there has long been an all-pervading culture of failure acceptance within the Theatre of Broken Dreams that is the as-yet-unsponsored Tottenham Hotspur Stadium, amid the longest trophy-less period in the last 70 years of the club’s history (architecture prizes notwithstanding), during which time trophies have been secured by the likes of Swansea City, Wigan Athletic, Portsmouth and Birmingham City. Spurs is riddled with the vile rot of mediocrity from the inside out.

I spoke about how it could be little surprise that our iconic vice-captain was so keen to ply his trade elsewhere, at a club where football was the primary goal and where the game’s highest prizes were actually highly prized – as well as regularly delivered.

I spoke about how criminal it was that season after season, we have done our business late, left managers under-prepared, and entered the season without an adequate back-up for our widely-courted striker.

And I spoke about how at Spurs neither managers nor directors of football have received any sort of credible support from a small-minded, seemingly sociopathic tyrant who has reigned over Tottenham Hotspur (Football) Club for 20 years of continuous Premier League football in the most financially lucrative era in the English game’s history and delivered the sum total of two League Cup titles but an almost unrivaled record of net spend. They’ll be dancing in the streets of Deloitte’s, I’m sure.

And then came the start of the season.

Three straight wins. Three clean sheets. A Manager of the Month award for Nuno. And to make matters even better, Arsenal was bottom.

I chose to keep my powder dry.

An Arsenal-supporting friend of mine (he’s Canadian so doesn’t know any better) sent me a WhatsApp at the time, asking whether I regretted the article.

“So are you gonna take back any of the mean things you said about your owner given this and the refusal to sell your best player despite him very clearly wanting to go?”

My response, I feel, was quite level-headed, given the giddying heights we’d reached.

“Of course not. So far we’ve lucked out in hiring our 9th choice manager, bluffed our way through the Kane situation because City never bid anything like his value, signed a total of one player who will go straight into our first team… when he gets back from international duty followed by 10 days quarantine, and scored the less-than-impressive total of 3 goals just somehow without conceding. And anyway, one summer of moderate effectiveness when he was under enormous pressure to do ANYTHING does not make up for twenty years of incompetence.”

My position hasn’t wavered, and the three subsequent league games have entirely validated that stance. After a series of dismal performances, culminating in a woeful showing in the NLD this weekend, we now find ourselves in the bottom half of the table, and actually below Arsenal. 9 goals conceded, 1 scored so far in this current run.

So then, how do the rest of my Levyworld assertions stack up, six games into the season?

Nuno’s style of football has, as expected, turned out to be one of the more conservative approaches in the history of the Premier League. The team seems so reticent to attack as to be tragic. Despite boasting the likes of Kane, Son, Moura, Bergwijn, Alli et al, a graphic was presented before the NLD (Nuno’s Lamentable Debacle) that suggested Spurs boasted the lowest xG in the entire league, a statistic unlikely to have been enhanced by the match in question.

We are also informed through various journalistic routes that it was precisely this defensive brand of football that Paratici was most keen to pursue and that persuaded him against the likes of Fonseca and Potter. Once again, this was not exactly unforeseeable – it was screamed from every footballing fibre of his being.

At this juncture, I think it’s probably worth proffering two pertinent observations. Firstly, when you have a run of conceding three goals in each of three consecutive games, all without traveling beyond the bounds of the North and South Circs., I don’t know that we can still call this style of football ‘defensive’. I think ‘dour’, ‘miserable’, ‘negative’ and even ‘shambolic’ are probably more apropos. Secondly, should Brighton – managed by the aforementioned overlooked-and-clearly-far-too-cavalier Graham Potter – win their ‘derby’ game against Palace, they will sit atop the English Premier League, having thus far conceded a mere four goals with their devil-may-care football in five matches to date. Irony, thy name is football.

With little signs of footballing success on the horizon, the stadium, which has seemingly managed to infect even Anthony Joshua with the Club’s gangrenous inadequacy, has nevertheless been awarded further architectural plaudits. Ironically the building containing the trophy cabinet has earned more trophies than the football team has during ENIC’s toxic tenure. Elsewhere in the club, failure remains all-pervading.

With Spurs having somehow managed to cling onto a man who patently doesn’t want to play for them anymore, England’s captain has staggeringly appeared entirely disinterested during his performances to date and generally wandered about like the proverbial fart in a trance. It looks as though he’s resigned himself to never winning anything and to his club career being largely purposeless, which one can imagine would take the wind out of even HMS Victory’s sails. Quite how the prospect of playing alongside Dele Alli, Eric Dier, Davinson Sanchez, and an unfit Tanguy Ndombele was meant to motivate Harry into pretending to possess even a single shit to give is quite beyond me. But then Daniel knows best.

Yet again the final pieces of the playing squad jigsaw puzzle (the picture from which, one can only assume, is that of a massive steaming turd) were secured on deadline day, leaving no time for Nuno to incorporate Emerson Royal into the squad or give him a preseason, and no time to find a remotely interested buyer for the outgoing Serge Aurier, who was therefore allowed to depart entirely for free. This must be some new zen form of financial acumen, to which mere mortals such as I am completely unfamiliar.

There is still no adequate back-up for Kane, and in fact when you consider that Bale, Lamela and Vinicius have departed – who between them made up 30 of our goals last season – and that the only attacking signing made was Bryan Gil – who in the true Tottenham tradition appears to be ‘one for the future’ – it becomes clear that not only have Levy and Paratici not enhanced the situation but they have in fact considerably worsened it, regardless of how strongly they fluttered their eyelashes at the likes of Lautaro Martinez and Dusan Vlahovic.

So here we go again. Second verse, same as the first but a little louder and a little worse. We have a less charismatic but slightly less divisive manager playing a depressingly morose style of football. We still have some of the dead wood players with the stink of failure attached to them, while others have been shipped out for free. Our record premier league goalscorer still doesn’t want to be there and is now playing accordingly, but we have no striker with which to give him a break. We’ve got a boxing tenant whose credit is going to be significantly reduced in future, with still no sign of that sweet, sweet NFL money wending its way back to N17, and the long-anticipated ground sponsor remains entirely fictional. It’s almost as if attaching your name to a laughing stock club during a global pandemic would give a potential sponsor pause or something. We’re not scoring goals and we’re leaking them like a colander coracle. We have an ill-prepared squad, the excuses of “It takes time” are already being trotted out by our captain, and our players are causing international incidents then missing games while they hide out in Croatia.

Levyworld has really stepped up the drama this season. The robots are taking over. Just as chaotic and incompetent but with an added splash of that special ‘je ne sais what the fuck’. Levy remains at the heart of everything wrong within TH(F)C. The club will not start to climb out of its current horror show until it is rid of the out-of-control freak (much like a control freak but with a penchant for shambles). He bestrides the club like Binky the Giant Clown Tyrant, shaping the club in his own image, with an army of malfunctioning incompetent clown robots.

I had thought of starting to refer to the place as White Shart Lane, but it’s actually a bit harsh on sharts. At least they follow through.

Not in Levyworld. No following through there. No ambition but shambition. Never jam – not today, tomorrow or ever.

Welcome back to Levyworld. The lunatic androids are running the asylum. Here’s to another twenty years of this guano.