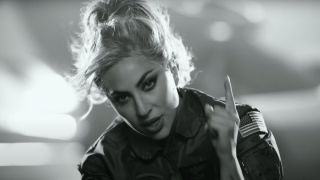 Martin Lipton knows what is going on a Tottenham, and tells us that none other than global megastar Lady Gaga is booked to appear at the Spur stadium this summer.

Lucrative concert deals are all part and parcel of ENIC’s master plan to generate non-football-related funds. New Yorker Gaga has recently released ‘Hold My Hand’ the power ballad she co-penned with BloodPop for the reboot of the classic action film, Top Gun. The original Tom Cruise vehicle famously won a Best Original Song Academy Award for Tom Whitlock and Giorgio Moroder’s ‘Take My Breath Away’.

Lipton believes that this concert, along with the much-awaited Guns n’ Rose’s show, will boost the profile of the arena and could tip the balance in favour of a sponsor stepping up.

The path to gain naming rights funding has been a fruitless one, so far, with the club flip-flopping between trying to source a buyer and outsourcing the task.