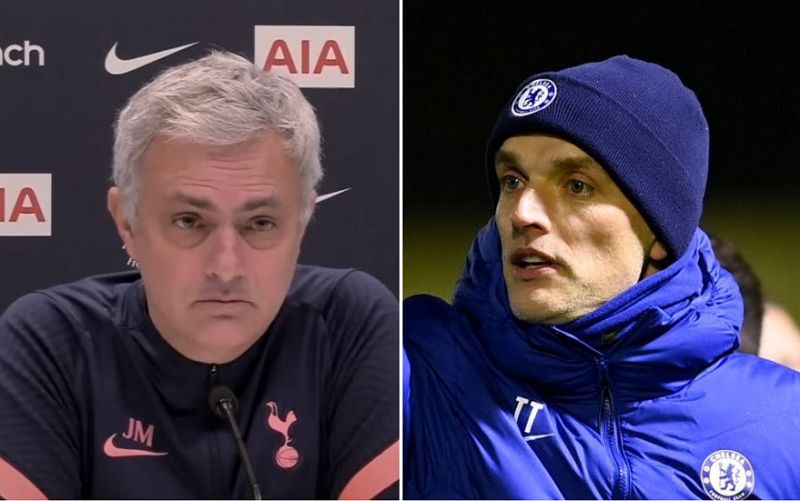 Tottenham Hotspur
“Jose is a winner and I want to implement the same in my teams” Mourinho style once again applauded
By Bruce Grove - 4 February 2021, 12:00

Thomas Tuchel has a lot of admiration for Tottenham manager, Jose Mourinho and he has revealed that he is trying to copy his success at Chelsea.

The German was made the manager of the Blues about two weeks ago after the club fired their legend, Frank Lampard.

Tuchel has overseen a win and a draw in the two matches he has led his new team, and he comes up against Spurs next.

Ahead of the match, he was asked in his press conference about the Spurs boss, and he admitted that he adored Mourinho when he started his managerial career.

He said the Special One was so far ahead of everyone else back then like “Moon from the Earth.”

Adding that his work at Tottenham has been impressive after turning the Lilywhites into a competitive team.

Tuchel said via the official Chelsea YouTube channel: “When I started my career he was so far away, like the Moon from the Earth. He could not be a role model at all.

“He is one of the best managers in the world. He creates a squad in Tottenham that is always very competitive, very strong. That will be the challenge.

“Jose is a winner and I want to implement the same in my teams.

“It’s very clear what he stands for. He builds competitive teams, he builds strong teams. He has built a Tottenham squad with characters like Sissoko and Hojbjerg who support the defence, super-competitive, disciplined hard-working guys.

“I have the biggest respect for him because he is building teams on the highest level to compete and win game after game. That’s what he’s doing at Tottenham.

“We’re doing it in our style with our beliefs. Everything is allowed.

There are many ways to succeed. He has had an outstanding career as a world-class coach and we are here to beat him, this is the challenge we are up for.”

Spurs know that a win against the Blues is a must if they want to remain in the top four race as the teams above them continue to pull away.