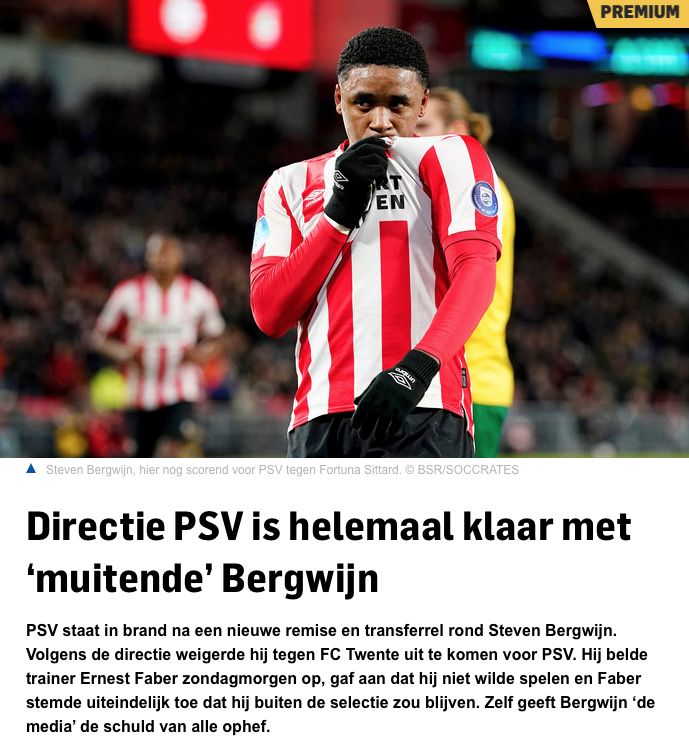 Tottenham Hotspur
Interesting Interview With Bergwijn + His PSV Pals Share Their Thoughts On Him [video]
By Harry Hotspur - 28 January 2020, 10:53

Steven Bergwijn left the Ajax academy at 13 and this brief series of interviews catches up with the player himself. Mark Van Bommel (head coach at PSV Eindoven) who spoke supportively of the boy. Rood Van Nistlerooy also pops up, and he too placed an emphasis the strong character of the 21-year-old.

These discussions were filmed last summer just gone, and there’s an unhealthy dose of “so when are you leaving PSV, then?” going on, especially towards the close of the tape.

Shoehorned in are comparisons with Memphis Depay (which appear to only exist in the interviewer’s mind), along with a nudge-nudge “So how would you like to also join Manchester United?”

Bergwijn comes across as a decent sort.