Home » ‘I don’t think they’re good enough at the back to hold on to 1-0 leads,’ Pundit urges Mourinho to change his tactics 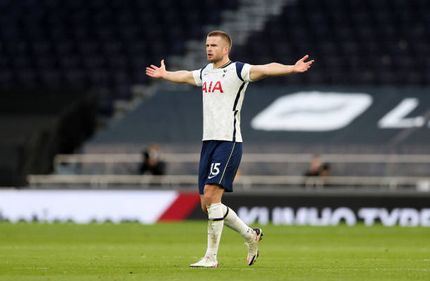 Tottenham Hotspur
‘I don’t think they’re good enough at the back to hold on to 1-0 leads,’ Pundit urges Mourinho to change his tactics
By Bruce Grove - 14 January 2021, 19:00

Jamie O’Hara has insisted that Jose Mourinho has to change his tactics because he doesn’t have Ricardo Carvalho and John Terry in his current Tottenham team.

Spurs have been struggling to see out games recently, and it is mostly down to the fact that they look almost uninterested in scoring more goals when they go ahead in games.

They tend to try to defend their lead, this is something that a typical Mourinho team would achieve.

When he first became a manager in England, his Chelsea team was almost impenetrable at the back.

They had the luxury of Didier Drogba scoring the goals for them. At Spurs, they have Harry Kane and Son Heung-min doing the goalscoring job in their attack.

However, at the back, they still struggle and O’Hara thinks that it is down to the fact that their centre-backs are not as good as the ones Mourinho had when he managed Chelsea.

‘I don’t think they’re good enough at the back to hold on to 1-0 leads,’ O’Hara told talkSPORT. ‘I’ve always said this: with Eric Dier, [Davinson] Sanchez or [Toby] Alderweireld – they’re not John Terry, they’re not [Ricardo] Carvalho.

‘They’re not the players that Mourinho has had. I think with the attacking prowess that we’ve got, you’ve got to go again. You’ve got to look to keep scoring.

‘What’s annoying me is that we’re doing the same thing and expecting different results. All right, we’re not losing, but the draws are killing us.

‘We’re coming out second half scrappy and I don’t understand why we played [Moussa] Sissoko right midfield at home. He’s been fantastic in midfield and I know [Harry] Winks has done well and warrants a start but you have to make tough decisions sometimes.’