Home » How A Young Daniel Levy Asked To Pay A Striker’s £8.9m Transfer Fee …Over 10 Years 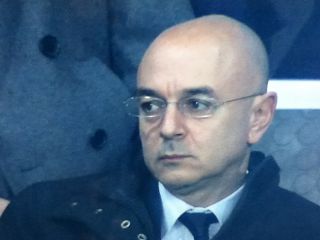 By now the football world is used to the way Daniel Levy does business. Chief executives and sporting directors aren’t shocked when the Tottenham chairman low-balls them with a derisory opening offer, or tries to shave £5m off the asking price while the paperwork is being printed.

But back in 2002, when Levy was a young pup in the transfer game, his now infamous negotiation tactics were not so begrudgingly accepted, as Spurs found out to their disadvantage during discussions with Real Madrid over of Fernando Morientes in the first summer since ENIC’s takeover.

Levy was looking for a statement signing and he had identified the Spain striker, a Champions League winner and World Cup star, as the man to bring some Klinsmann-esque star power to Glenn Hoddle’s team.

As The Athletic relays, after weeks of back and forth a deal was agreed on deadline day; Morientes was coming to Spurs for £8.9m. A Galactico at White Hart Lane? It would have been too good to be true and so it was, when Levy, at the last minutes, asked for the fee to be paid over 10 years.

Madrid’s sporting director at the time, Jorge Valdano, is said to have hung up the phone immediately and the transfer was dead. I’m sure there are many tales like this from Levy’s tenure, but you never forget your first.