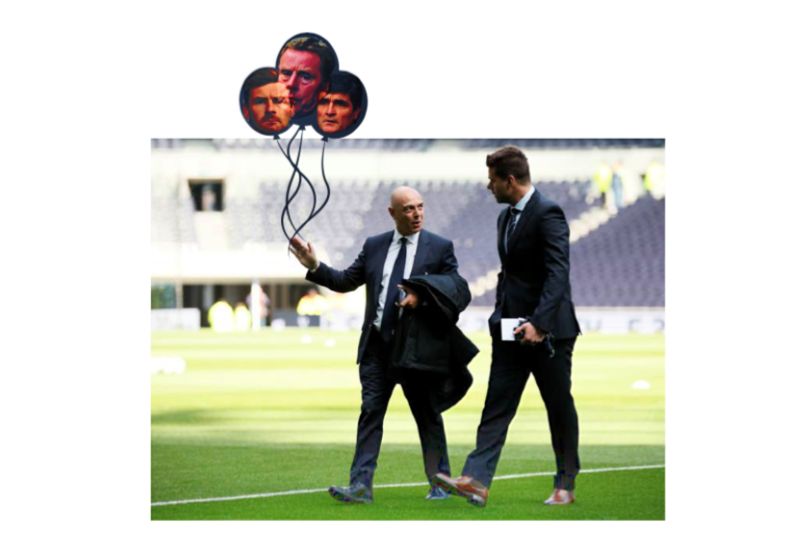 It’s fair comment that Spurs’ FA cup draw against Middlesbrough Sunday felt like a loss. Which prompts the immediate question, “why?” After all, domestic cup games are notorious for upsets.

Phrases such as “giantkillers” and “coupon busters” primarily exist in football because of the unpredictability of throwing a top flight side into unfamiliar circumstances.

The answer to the angst is to be found way before this weekend’s game.

Guillem Balague sounded the loudest alarm bell in his BBC column back in September 2018, when pointing out that after that summer, Tottenham were the only club in Europe’s top five leagues not to sign a player.

This flatlining in the transfer market was unbelievably repeated in the next two windows. That’s right, Spurs’ most recent player purchases were Serge Aurier in the summer of 2017, Lucas Moura in January 2018 and Tanguy Ndombele in 2019.

Despite Mauricio Pochettino publicly keeping a straight bat throughout this self imposed buying drought, telling the press every week that he was “happy” with his squad, the truth bubbling away beneath the surface couldn’t be contained forever.

Our squad became understandably stale, results went down the tube and Poch lost his job, as Spurs flirted with relegation in 14th place.

We now have one of the most successful coaches in Europe installed in Poch’s stead, and the Mourinho “effect” or “bounce” from his first 10 games has yielded a win rate of 60%.

Toby Alderweireld finally felt comfortable enough to commit to a contract extension, and Dele Alli discovered he wasn’t his own brother.

What was also pleasing, was the wholesale failure of those “bus parking” predictions.

Mourinho in actual fact played a faster, more attacking brand of football than some had predicted. Add to this another uncharacteristically José element: Spurs have been conceding goals under the Kosher One like it’s going out of fashion. #Faucet, to quote Opta Joe.

1 – José Mourinho’s sides have registered just one clean sheet across his last 17 games in all competitions, failing to keep a clean sheet in 15 successive away games. Faucet. pic.twitter.com/VSXRg0KlGi

Mourinho’s holistic approach has been stymied by injury, and it is no surprise that the absence of Harry Kane has drawn the Portuguese into a state of solemnity in his pressers.

As of today’s date, Tottenham is minus its first choice goalkeeper, its highest paid player (and only striker) Harry Kane. Arguably its first choice left back Danny Rose, and the man that was supposed to solve a great many of our midfield issues, Tanguy Ndombele.

José’s situation is the original candle burning at both ends. The 56-year-old’s situation is perhaps best described as unenviable, at worst, impossible.

Some fans have seized the opportunity to debase our new serial winner coach.

The only credible path out of this whole period is to brace ourselves for the cold reality of Mourinho’s situation. Which is one of patience and the slow rebuild of a squad that fell into disrepair before José arrived. A rebuild that even Pochettino knew was inevitable.

My prediction is more of the same footballing gruel ENIC have been serving up on a regular basis for the best part of the last 20 years. For those watching in black and white, Daniel Levy’s acquisition of Mourinho was the technicolour, box office move of the Cautious One’s tenure.

Levy could not have got away with appointing “an” Eddie Howe. One does not sink a billion pounds into a project and appoint “a try-out” to stand at the helm.

I stand by my assertion that José won’t suddenly demand £300million in this window or the next. The injuries will have saddened Mourinho, but the fundamental terms of his employment won’t have been changed by them.

The fanbase needs to offer the new gaffer the same level of respect as they did the last one.

There’s one other option of course, which is to spew vitriol at ENIC, but given the nature of the ownership and debt levels, that’ll probably be a futile exercise.