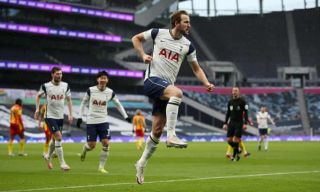 Harry Kane has remained one of the world’s best players, despite playing for an increasingly underperforming Tottenham team.

The England captain has remained loyal to Spurs his entire career and has continued to deliver the goals that the team needs to reach the next level.

This summer is important for him as they have put him in a position to ask for a move.

It will test his loyalty. However, regardless of what happens, he has once again shown that he is Tottenham’s biggest asset.

He recently outranked the likes of Marcus Rashford, Kevin De Bruyne and Raheem Sterling in the ranking of the world’s most valuable players.

KPMG’s Football Benchmark recently released their list of the world’s most valuable players and they named Kane third on the list behind only Kylian Mbappe and Erling Haaland.

The England captain is worth £109m, £5m more than Rashford who ranks fourth and Neymar who is currently worth £100m, according to the report.

Kane has scored 31 goals and provided 16 assists in 46 competitive appearances for the club this season.

These numbers should ordinarily win trophies for a club, but Spurs will play in the Europa League next season at best.