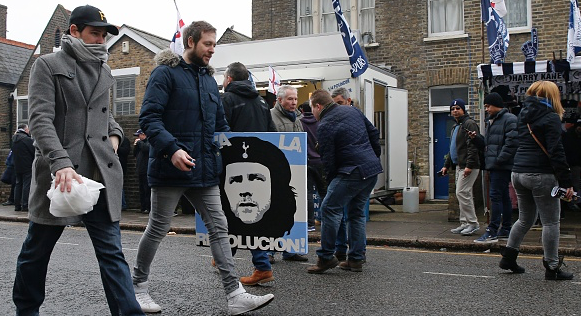 “Some of you seriously need to wake up. So many posts having a go at Mourinho’s style of play and the job he’s doing.

Stop, think and then maybe write a post but to just hammer out nonsense criticizing the new gaffer is farcical. He’s been there for 3 months, inherited a stagnated squad of overachievers that have been underperforming for so long that they know no other way.

Our ONLY striker is injured, our first choice central midfield pairing is injured, his first-choice left-back is injured.

Levy doesn’t buy players and most of you accept that because “the stadium”. Then I read how so many of you complaining about tactics. What the hell does Mourinho really have to work with right now?!

Seriously he’s just a man, not the second coming, he can’t turn guano into silver. José needs to have a good 3 windows to be judged and in those windows, he needs financial backing. ”

HH says: Impossible to disagree with a solitary word. I fondly remember calling out ENIC for what they so obviously were – and being pilloried for my troubles.

Now we hire one of the most accredited coaches in the world and still fans deflect their frustrations away from the Investment Company that runs us.