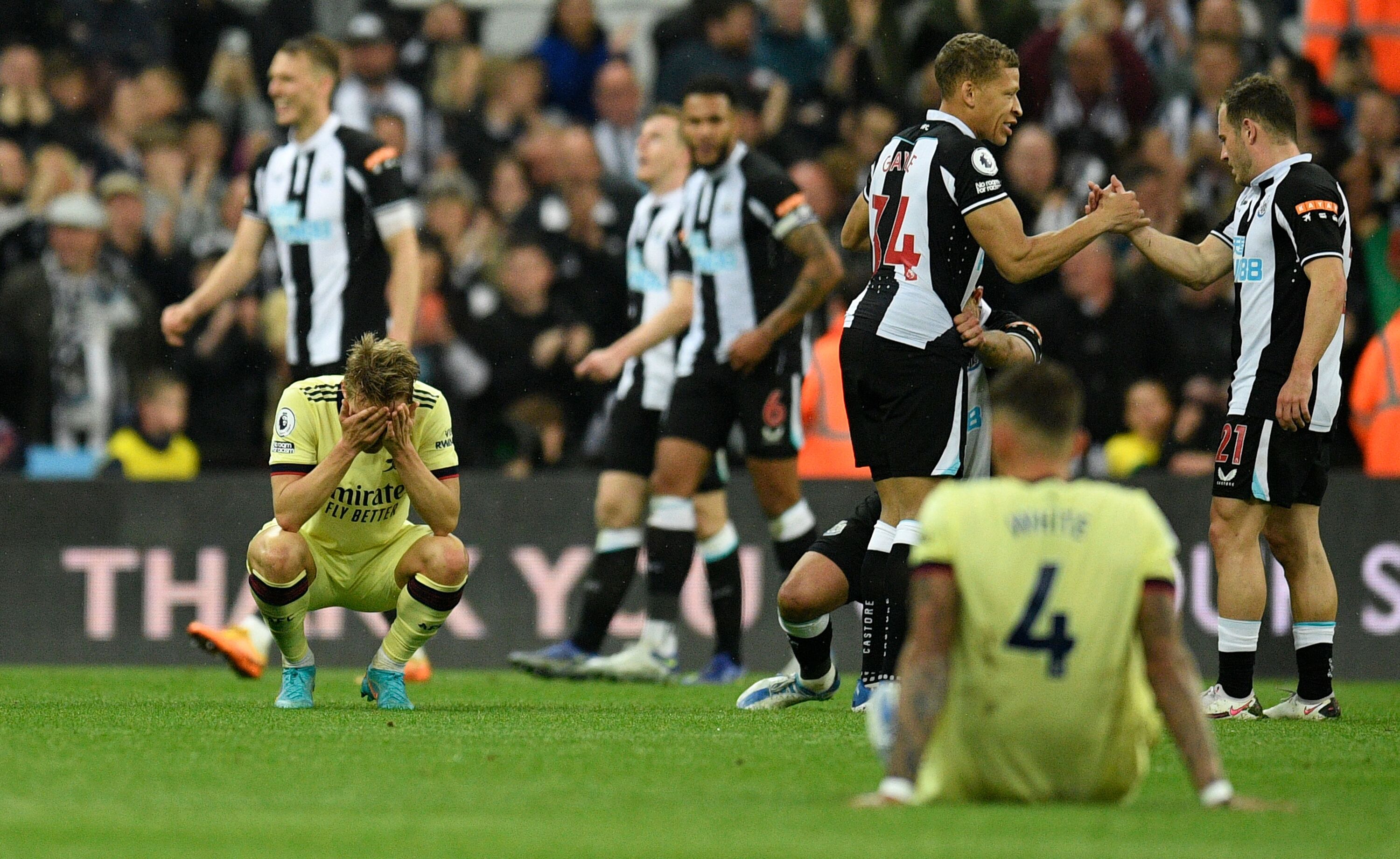 Tottenham Hotspur
Gary Neville states how Tottenham played a role in Arsenal’s loss to Newcastle
By Eddie Razo - 17 May 2022, 5:30

Tottenham Hotspur received a gift from their north London rival, Arsenal who fell on their face Monday night against Newcastle United. The Gunners needed a won to recapture their fourth-place spot after Spurs won this past weekend against Burnley.

“They were brutalized by that Tottenham fan base for 60 Minutes. That’s a young team. It’s an experience that doesn’t have the experience and character. I never fully trusted them to get into the top four, to be honest with you, all the way through,” Neville said on Sky Sports.

“But I thought that they would come out second half and respond for a poor first half, and they would go and get that victory tonight. But the shown us nothing and it tells whether [Arensal] are at; they got schooled on Thursday at Tottenham; they’ve lacked experienced, and I think on and off the pitch, and it will cause them a big problem that.”

Manager Antonio Conte’s squad is in the driver’s seat to clinch a top-four finish and UEFA Champions League football for next season. All Tottenham needs to do this Sunday is pick up one point against Norwich City, who are already relegated.

Yes, there are other ways for Spurs to punch their ticket to Europe’s top competition. Nonetheless, they can avoid putting their faith in another club’s hands with a victory or a draw; to put it simpler, they just have to avoid a loss, and considering the opponent, they’ll be favorites.