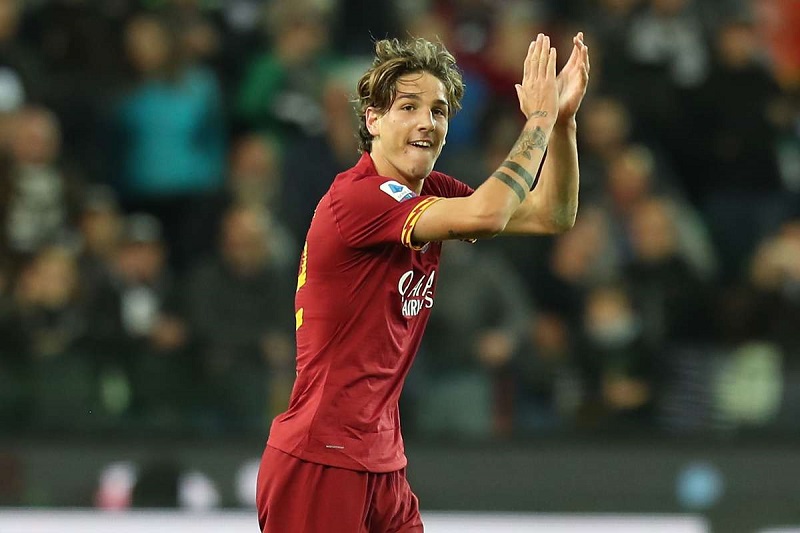 Fabrizio Romano has dropped a slightly negative update on the transfer of Nicolo Zaniolo to Tottenham.

The 21-year-old Italian midfielder has been tracked by Tottenham since he moved to AS Roma. He has emerged as one of the best young midfielders currently playing in Serie A.

He is arguably the most valuable player at the Italian side and he has several suitors across Europe.

Spurs are one of his strongest admirers and the Lilywhites are keen to do a deal over his transfer this summer.

They have, however, been told by the Italians that he isn’t for sale at the moment, but Spurs still remain interested.

Romano was recently asked about an update on the transfer when he was interviewed on the Last Word On Spurs podcast.

“I think this summer [it] is impossible, because Roma don’t want to sell him, Romano said.

“For sure, the board [at] Tottenham, also before Jose Mourinho arrived one year ago, they were crazy for Nicolo Zaniolo. In my opinion, we are speaking of one of the best midfielders in European football for the next 10 or 15 years, so we are speaking on a top player. He’s fantastic. He has physical skills, he is technical, he scores goals – he has everything.”

“He is a leader in Roma, and it is not easy to be a leader at Roma, they just had [Francesco] Totti [recently] and no more. Zaniolo is like Totti for Roma fans but also for [the] Roma board and for [the] new owners of Roma. So the new owner of Roma, he arrived like two weeks ago, said, ‘okay, we are going to change something in the club’. It is possible that [Edin] Dzeko would leave, they are working for Chris Smalling, but the first thing he said is that it is impossible to sell Nicolo Zaniolo.”

“That’s why I think it’s really impossible to see him at Tottenham this year, but who knows, because [the] Tottenham board [for] one year, have been in [talks] with his agent. They love him but [at] this moment, it is absolutely impossible.”