Home » Danny Rose looks finished at Spurs, as our source close to the club told you two weeks ago… 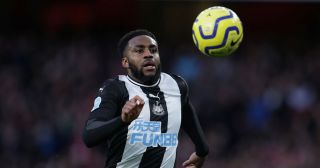 ITK Latest Blog
Danny Rose looks finished at Spurs, as our source close to the club told you two weeks ago…
By Harry Hotspur - 5 September 2020, 9:36

A fortnight ago, we ran the headline ‘Mourinho said to have laughed uncontrollably at the thought of ever playing this loanee ever again‘, and it would appear that the cat is finally out of the bag. Danny Rose is menace, one that few managers would find much appeal in.

The Sun, have taken a peak at this Monday’s coming show, which reveals what a toxic little nuisance Danny Rose has become.

Frankly, the full exchange between José Mourinho and the one time Tottenham left back makes for uncomfortable reading. In my opinion, Rose comes across as spiteful, manipulative and the exact opposite of what a team player ought to be.

Danny Rose used to be a lot of things, but it is difficult to ignore the fact that his sour attitude began to take over shortly after Kyle Walker got his dream ticket move to Manchester City. From that point onwards, the now 30-year-old embarked upon a campaign to keep himself relevant and in the newspapers, without much consideration for the damage he was causing in his wake.

I wish Rose well, but most of all, I wish he would zip it and move on with his life…