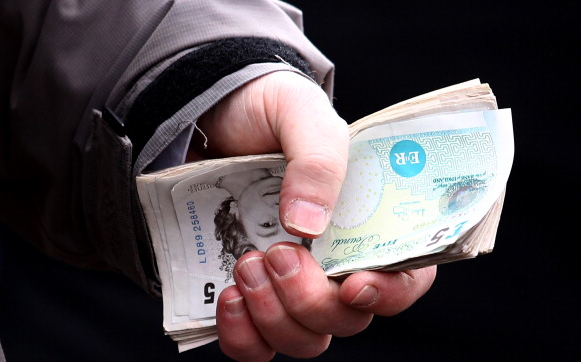 The away fans were supposed to be confined to a party of just 235 individuals, who were official guests of the club. Those fans attended, but so did hundreds more who are thought to have obtained tickets that went on general sale.

A club spokesman was quoted on the BBC as saying: “Red Star supporters illegally obtained individual tickets on Level 5 and made their way around to one section of the stadium in order to congregate as a group.

“Stewards and police contained the group as it was too large a number to eject.

“We have launched a full investigation in order to understand how tickets have been acquired and shall take the strongest possible action against any individual found to have sold their ticket on.”

According to the Independent, the ban on away fans impacted Tottenham’s ability to sell more tickets as they were not allowed to put any on general sale.

However, a source close to the club tells the Harry Hotspur Blog that the situation is a tad more complex that it might appear.

Sales to members and season ticket holders were so poor, THFC decided to allow these fans to also purchase ‘guest tickets’, which kept the club on the right side of the UEFA regulations, but …these tickets were then obviously syphoned off to away fans.

Naïvety doesn’t cut it. THFC were negligent. They lost control of their product because they were greedy. These ‘guest tickets’ were full price.

Or is Donna Cullen going to ban everyone that bought guest seats?