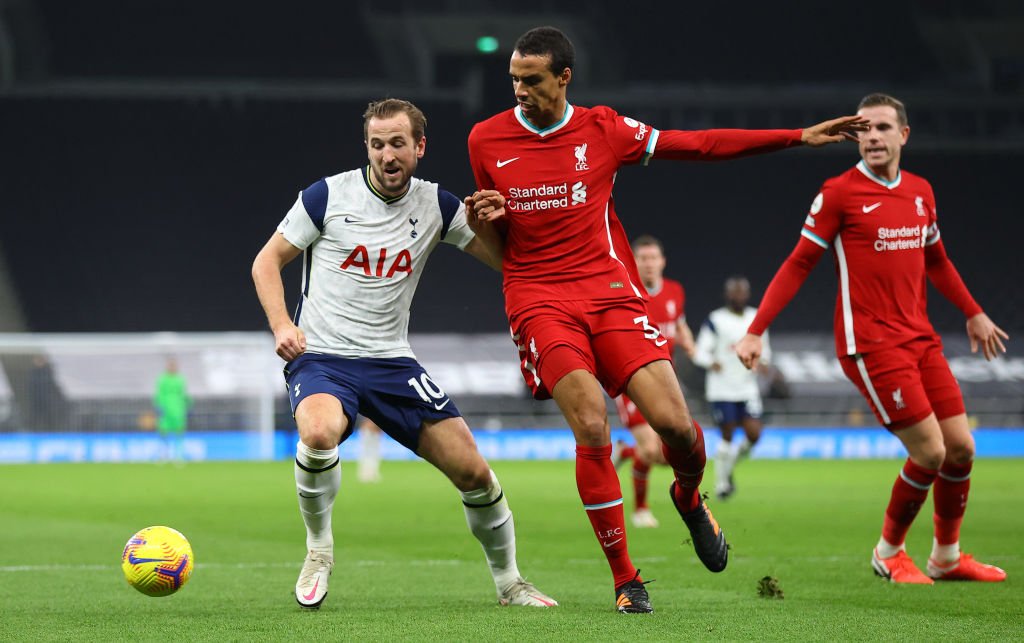 Tottenham Hotspur
“Because all he does is drop deep Spurs should of sold him” Fans react as Kane vs Matip stat emerges
By Bruce Grove - 21 September 2021, 11:00

This has been a poor start to the season for Harry Kane and it seems the striker is playing with his mind away from Tottenham.

Kane asked to be sold by the club in the summer transfer window, but the Lilywhites refused.

He was keen to join Manchester City, but Tottenham would not negotiate with the Premier League champions.

He has now remained at the club, perhaps against his wishes and his performances have been poor.

Tottenham made a bright start to this season with three wins from their opening three league matches, but they have lost their last two in the competition after being beaten 3-0 at home by Chelsea at the weekend.

One player who isn’t pulling his weight at the club this season is Kane and the Premier League Golden Boot holder is truly struggling.

Whoscored revealed via their Twitter handle that Liverpool defender, Joel Matip has made more touches in the opposition area than Kane in the league this season and here are some reactions from fans.

They should have allowed that guy join City, they aren't particularly rivals per say.

Kane has played deeper this season wierdly, reason for this stat.

Son is upfront with Kane behind him and even as far as in the DM position.