Home » Barcelona retain long-term interest in signing Spurs ace, but it could hinge on manager plans 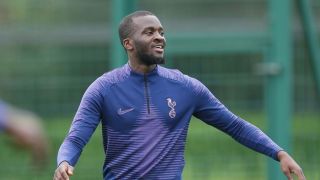 According to Sport, the Catalan giants have long been admirers of the Frenchman, even though he’s had a hugely underwhelming spell in the Premier League since he first caught the eye at former club Lyon.

It will be interesting to see how this one develops now that Spurs have a new manager in Antonio Conte, who might fancy trying to revive Ndombele’s career in north London.

Sport’s report also suggests the deal might hinge on how Barcelona’s plans develop with regards to hiring a new manager. Xavi is their top target and he might not share the views of Ronald Koeman that a more physical midfielder is needed.

It seems Koeman was keen on that kind of signing, according to Sport, with Barca missing out on Georginio Wijnaldum in the summer as he left Liverpool for Paris Saint-Germain instead.

Ndombele could be a decent alternative for them, and most Spurs fans would probably be perfectly happy to see him go.