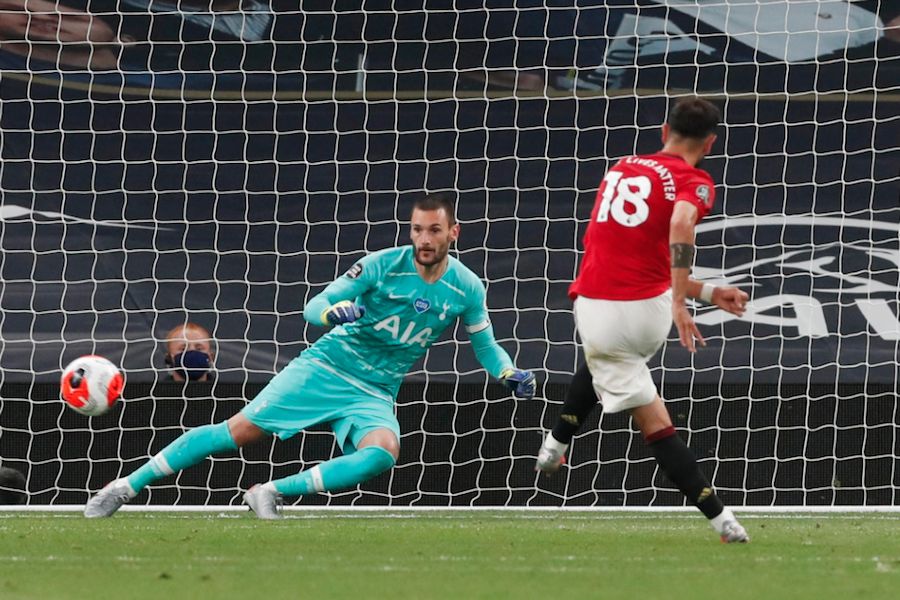 Hugo Lloris: Made one outstanding save to deny Anthony Martial and handled another couple of tricky shots well. No chance with the pen. 8/10.

Serge Aurier: Got into lots of good positions without any semblance of quality in the final ball. Lucky his usual slip ups went unpunished. 6/10.

Davinson Sanchez: Didn’t start well on the ball or in the air – one fluffed clearance in particular gifted Marcus Rashford a decent sight of goal. But his pace was crucial to us hanging on when the game was stretched. 6/10

Eric Dier: Was acing his audition at centre-back before the fresh legs of Paul Pogba drew a penalty, which I think the 26-year-old was unfortunate to concede. Looked more confident and I hope that doesn’t knock him. 7/10

Ben Davies: A typical Davies performance; no frills, but no spills. 5/10

Moussa Sissoko: Can’t remember the last time this guy walked off the pitch having not had a good game. Six months since his last, he was straight back at it. Superb energy and defensive cover, and used the ball okay too. 8/10

Harry Winks: Put in a decent shift but outclassed and overrun when Pogba came on to join Bruno Fernandes. That’s when we need someone to help us keep the ball and Winks cannot command a game like that. 5/10.

Steven Bergwijn: Looked our most dangerous attacker and scored a superb individual goal before tiring in the second half. Decent defensive shift too. Looking like a shrewder capture with every passing game. 7/10.

Erik Lamela: Did lots of good stuff in both halves but wasted two or three opportunities to pick out a final pass. We didn’t have many clear-cut chances and that lack of quality from Lamela was the reason why. 6/10.

Harry Kane: We judge him by high standards but it won’t get much worse than this from the England skipper. Didn’t have a sniff of goal and looked leggy 10 minutes into the second half. Completing the full 90 means we can expect more of the same against West Ham as he works his way back.

Giovani Lo Celso: Looked like he was close to creating something on a couple of occasions but it didn’t quite happen. A decent cameo. 6/10.

Gedson Fernandes: Was completely lost filling in upfield; we’ve hardly seen him in his best position. Sessegnon would have been a better option. 4/10.

Jose Mourinho: Got the lineup right as we looked solid for an hour. United then changed the game off the bench and Jose’s response did halt their momentum before the unfortunate penalty. Could have made more of his subs though. I’m already sick of him complaining about what options he doesn’t have. 6/10.