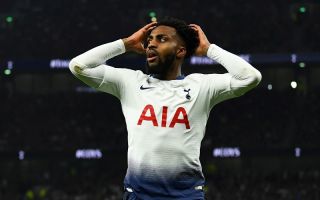 Tottenham Hotspur
As many as seven Tottenham players could be sold this summer
By Bruce Grove - 4 August 2020, 19:00

Jose Mourinho will want to take advantage of his first summer transfer window to reshape his Tottenham team, and that might see as many as seven players sold by the Lilywhites.

The special one managed to turn around Tottenham’s season after helping them move from outside the top ten to finish the campaign sixth on the league table.

He was helped by the coronavirus-enforced break as it allowed his top players like Harry Kane to return from injury.

Now that he has secured European football, he will want to enter next season prepared for a title challenge and to also fight for other trophies.

There will be a number of incomings, but some players at the club will be sold as well, and Football London has listed the players that may have played their last game for the club.

The report listed some players that haven’t had a run in the first team under Mourinho and others who had been considered future stars by the club.

The list is headed by Danny Rose, who fell out with Mourinho and was shipped out on loan to Newcastle United in the last transfer window.

Kyle Walker-Peters is another loanee on the list, having spent the second half of the just-concluded season at Southampton.

Juan Foyth, Serge Aurier, Cameron Carter-Vickers, Luke Amos, and Anthony Georgiou are among the others on the list.

If they are the only players sold then it really is not that bad.