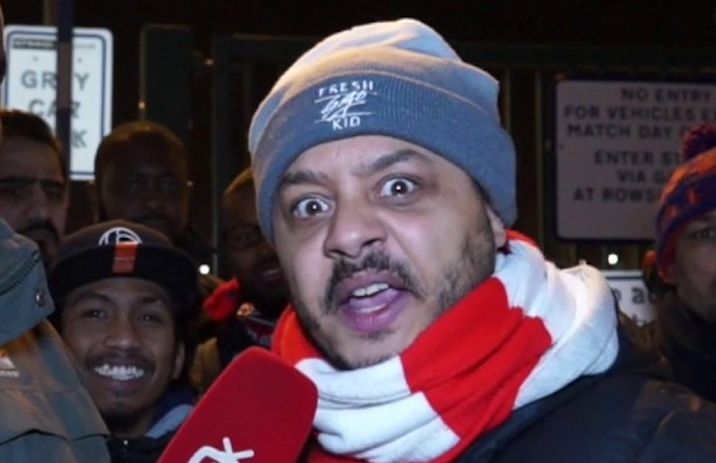 @AFTVMedia people talking about claude and the dvd incident but people letting troopz get away with shit like this “harry kane is white so he must be right” if this was said about a player like sako or lacazette aftv would be calling for the persons head hypocrites pic.twitter.com/eBML0LWhsu

My first thought when I see individuals like this, is ‘how do you exist?’, I mean to say, who of this mob could sell even a bag of fruit to support themselves? If they aren’t acting, then their real life existences must be gruesome.

Never rains but it pours in Arsenal TV’s fundamentally damaged world, which is a miserable place where language is stripped down to the most brutal patois, and nothing is off limits.

The above tape has also been deleted, but here’s a tape of the tape.

Why does Michael Oliver not rule against Harry Kane?

In Troopz world, it’s because (and I quote) “Harry Kane’s white, so he must be right, innit”.

If Claude is going on a rehabilitation course, perhaps Troopz might join him.