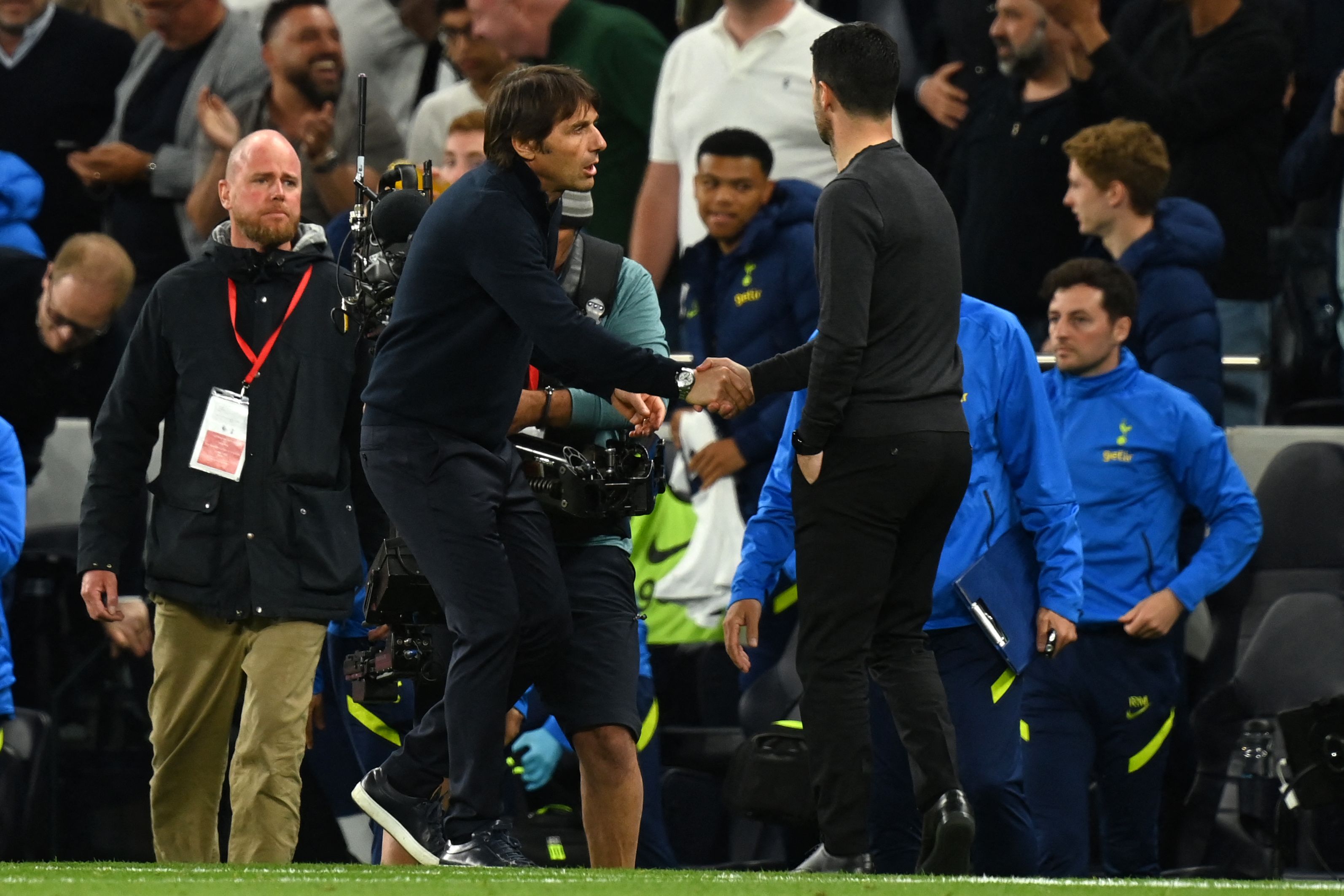 Tottenham Hotspur
Antonio Conte has no filter as he takes a shot at Arsenal boss following the North London Derby win
By Eddie Razo - 13 May 2022, 5:00

Tottenham Hotspur kept their top-four hopes alive on Thursday night when they picked up a convincing 3-0 win in the North London Derby over Arsenal.

A vital moment in the matchup that gave Spurs the advantage was the two yellow cards picked up by Rob Holding, leading to the red and sending The Gunners down a man towards the end of the first half.

Arsenal manager Mikel Arteta didn’t like the way the fixture was officiated, with the red card being the spotlight of his unhappiness towards the official. Nonetheless, Antonio Conte called out the Spanish tactician to stop worrying about the referees and focus on his squad.

“He can take my advice if he wants, but if not, I don’t care. I listen, and he complains a lot. I think that he has to be more focused on his team and not to complain because he has just started his work. He has to be calm and try to continue to work. To listen to a coach complain a lot of the time is not good.”

There are two fixtures left in the Premier League season with various scenarios to see Arsenal and Tottenham clinch a top-four finish and UEFA Champions League football for next season.

Finishing outside of the top four would alter the two clubs’ summer plans with how they want to improve their squad considering the budget sizes will change.