Home » Analysis: After The Villa Win, Has Nuno Finally Cracked It? 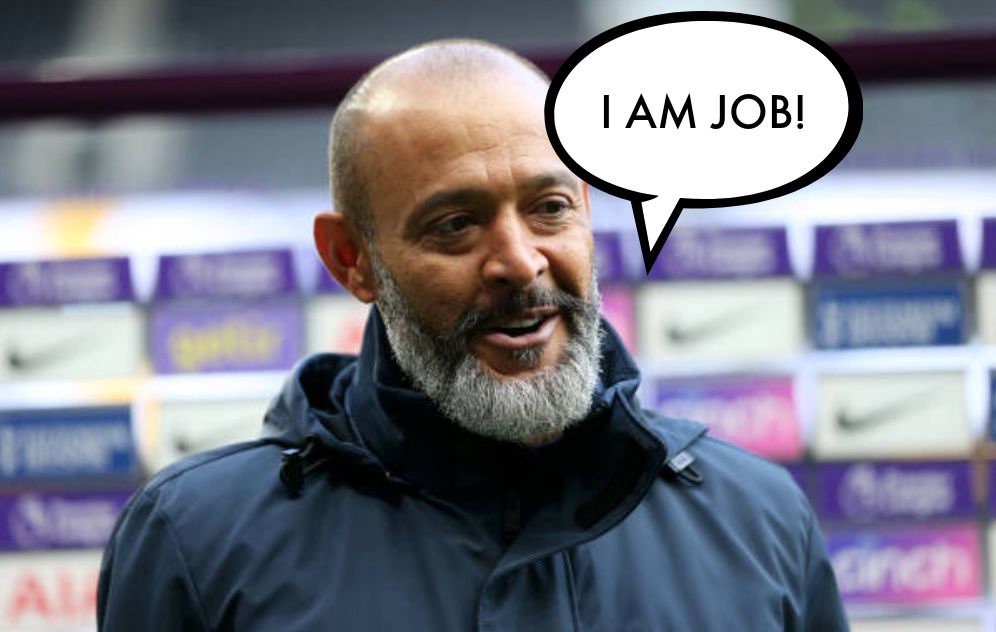 No Dele Alli, and he dispensed with his trusty 4-3-3 and opted for a radical 4-2-3-1. This allowed our midfield to function more satisfactorily than it has been, not to mention providing our backline with notably more cover.

Sergio Reguilon had a much-improved game. For example 92% passing accuracy. But if we’re honest with ourselves, his passing accuracy and total successful actions numbers routinely jump up when we play lesser opponents.

Against Slovenian minnows, – 90%Now you can furrow your brow all you want, but that’s the truth. Against Arsenal and Chelsea his passing slumped to 77% 82% respectively

Romero finally had a decent league game – you will recall his only other was against Chelsea.

His passing accuracy was low at 80%, but he was nice and busy elsewhere 77% duels won, 8 interceptions, and 60% of his aerial duels.

Emerson was hit-and-miss. 8 interceptions, 70% duels won, all undone by losing the ball 21 times, 7 times in our half.

Hojbjerg was back to his best form. Beyond what was a truly intelligent goal, we saw a 93% passing accuracy 3/3 successful dribbles, plus 5 interceptions

Skipp did not have a great game. 92% passing accuracy was pleasing, but as a defensive midfielder, he was close to being as scary as a ‘caution wet floor’ sign, winning just 3 of 20 attempted duels. Just 2 interceptions.

Tanguy struggled. Lost possession 13 times, on 4 occasions in our half. Should have been hooked at halftime. 4/4 successful dribbles

Lo Celso’s 19-minutes yielded little of note, beyond 3/3 successful crosses – but Nuno might consider this Plan B if he can’t ever squeeze more than 50/60 minutes out of the Frenchman.

Moura offered plenty of huff and puff but achieved very little. His average incidents of possession loss are 12 per game. Here, he hit 19 occasions, 7 of which were in the Spurs half.

Sonny had an influential game. An assist and 2 shot assists, plus an unrelenting appetite to make a difference

A stark contrast to Harry Kane whose numbers look like he wasn’t on the pitch for very long, despite his 96-minutes of involvement. 4 shots on target, 1 successful long pass, 1 successful dribble, 1 successful cross. Lost the ball 16 times, one 4 occasions in our own half.

I appreciate own goals are borne out of pressure, but whilst this game was an improvement, the fireworks should be stored in a cool dry place until they are truly deserved.