Home » A Mourning Of Mauricio Pochettino 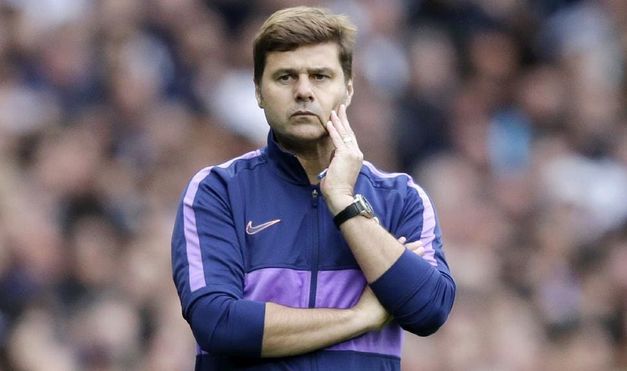 Sport is strange. We don’t need it. Nothing about sport is vital to human life or happiness. Ultimately, sport shouldn’t matter. Yet, it does. When nations win major competitions, their presidents almost always get re-elected on the wave of joy and goodwill. Sport has contributed to healing fractured societies and provided glorious escapism to competitors and supporters, time and again.

Sport is like movies, because sport has beautiful narratives. It has heroes and villains, Davids and Goliath’s, crushing defeats, miraculous upsets, superhuman efforts, and everything we have ever loved in a romantic story.

Yet, sport is better than movies, because sport isn’t scripted. Sport is written about after the gorgeous stories actually happened, without design or choreography. The best sports are built that way. They create opportunities for extraordinary stories. They allow us to revel in little miracles.

South Africa won the Rugby World Cup. They were captained by a black man who was raised in poverty. Their two try-scorers were of colour, and made careers in spite of overwhelming prejudice against them. South Africa defeated England in the final, the very country that founded and built the racist system that has caused so much evil against people of colour in South Africa. England was also the favourite going into the final. This would have made an unbelievable movie script. Nobody reached into their wildest dreams and wrote this though. It actually happened.

All sport is used to express communal identity. We rally into communities around sports and imbue it with our cultures. In football, the most popular sport in the world, clubs in all countries mean more than just the eleven players on the pitch. Barcelona is Mes Que Un Club (More Than A Club). The team symbolizes Catalonian pride. Barcelona’s flags are waved at marches which advocate for Catalonia’s independence from Spain. St Pauli from Germany is a worldwide symbol for punk rock. Hell’s Bells by AC/DC plays when the team takes the pitch. Fans mosh in the stands when they score. The club is also famous for its stance against all forms of prejudice, particularly racism and homophobia.

Tottenham Hotspur has always been more than a football team. Arguably, Spurs are more of a phenomenon beyond football than most clubs. Tottenham is based in North London, an area that is historically a home for poor immigrants who have moved to England in search of better than they could find in their home nations.

Many of these immigrants fled persecution. Spurs has always embraced this community, and the community has embraced Spurs. Before World War 2, when England was still pandering to Germany, Hitler’s national football team was invited to play a friendly against England, in a show of political friendship.

The organizers chose Spurs’ ground, White Hart Lane, for the match. The club and its supporters were outraged. Many Spurs fans were Jewish, like today, and were appalled that the football team that represented Hitler’s anti-Semitism was being welcomed to their club. The club could not stop the match from happening. Spurs fans stayed away, except one it seems. The story goes that a Nazi flag was raised, and then quickly ripped down by an unknown protester.

Spurs embraces the Jewish identity of much of their fan base in many ways, including formal partnerships with other clubs that have Jewish fan bases like Ajax Amsterdam.

Spurs has rarely been a big club. The club had strong years and won trophies in the years of amateur football, but since big money professionalized and revolutionized the sport, the odds have been against Spurs.

In the modern era, the only way to get to the top is money. Barring a true miracle, like Leicester’s Premier League win, the biggest bank takes the trophies. Perennial hegemons like Manchester United, Liverpool and Arsenal are only threatened when a Russian oligarch spends a fortune on Chelsea, or a Sheikh transforms Manchester City. This is the law of the jungle.

Spurs has always been a financially modest club. It has never had big-spending owners. Supporters find pride in the team playing fantastic attacking football instead of winning trophies, and Spurs haven’t been winning trophies. Spurs is a club of underdogs, supported by underdogs, proud in the notion of fighting on, even though the cards are stacked against them.

This is exactly why Tottenham’s rise has been so outrageous. I remember the days when every win was a delight, and draws and losses were expected, and accepted. Spurs got no cash injection. Instead, Spurs have done business like no club ever before.

They have recruited players brilliantly. Each star that Spurs produced was sold to buy more talent, that was sold to buy more. Somehow, despite constantly being forced to sell their best, Spurs managed to continually improve the team. Carrick financed Berbatov. Berbatov financed Bale and Modric.

Bale and Modric financed a whole new team. And somehow, Spurs rose. The team qualified for the Champions League. Then it qualified again. Suddenly Premier League giants were losing to Spurs. Unthinkably, Spurs was finishing above them, regularly.

Much of this was down to one incredible piece of recruitment. This time, the club didn’t get the right player. Tottenham got the right manager. Mauricio Pochettino arrived from Southampton.

On the same limited resources the club has always had, he took Spurs into the stratosphere. Unimaginably, they finished the season third, then second, then third. They solidified their position in the Big Six clubs in England, despite having a tiny wage and transfer budget compared to all the other five.

The team competed ably in cup competitions, and in Europe. And then, they made the Champions League final. A club with no right to be there played in the biggest club match in world football to decide the champion of Europe.

Spurs escaped the group stage, despite not winning any of their first three games. They needed a result at Camp Nou, against the titans of Barcelona, and they got one.

In the quarter final, they knocked out Manchester City after a video review ruled out a goal in the last minute that would have knocked Spurs out. Spurs were the only team to knock City out of any competition the whole season.

Then, in the semi final, Spurs came back from three goals down to beat Ajax Amsterdam in the last thirty minutes. The final goal came in the final minute. The spectacle was absurd. No team had ever recovered from sure elimination so many times, against such bad odds, and found a way.

For me, a young person who has had a lifetime of supporting Spurs alone in bars, surrounded by United and Liverpool and Arsenal fans who are used to winning and sharing that winning feeling, this was beyond a dream.

I had never even contemplated the thought that Spurs would play in a Champions League final in my lifetime. Before five years ago, playing in the Champions League at all was ridiculous enough.

Tottenham Hotspur’s club motto is To Dare Is To Do (Audere Est Facere). It is a brave mantra. No matter what the chances, the worth is in the attempt. The act of trying makes everything worth it.

I am not naive enough to believe that Spurs has some ordained fundamental essence that makes this a club that battles against the tide, and survives, for supporters who do the same. But I am romantic enough to see the beauty in a club that should not be doing as well as it has done, achieving unscripted miracles for many fans who find strength and hope in the team they support overcoming seemingly insurmountable obstacles, as many of those fans have to.

Mauricio Pochettino embodied the Spurs miracle. He managed this team that had the audacity and the talent to upset the established order of football. Tottenham lost that Champions League final. It was devastating, but in a little way it did not matter. The story we had witnessed transcended a glorious defeat at the last hurdle. In a sense, it was a very Spurs thing to happen.

Pochettino was fired yesterday after a dreadful run of results in the Premier League that began while the Champions League miracle was happening. This year, Spurs have been in relegation form. Across the end of last season and the beginning of this one, they have amassed just 25 points in 24 games. They have not won away from home since January.

For a club in the Big Six, this is unforgivable. Pochettino was given extra time because of all he has done over the past five and a half years. Yet, with each disappointing result, an air of inevitability descended further over the club. Pochettino would leave.

Today, Jose Mourinho, one of the world’s greatest ever managers, signed as head coach of Tottenham Hotspur. The fact that Mourinho wants to coach Spurs is a testament to the magnitude of the miracle that has manifested at Tottenham over the last ten years, and Pochettino’s work towards that miracle.

Mauricio Pochettino needed to leave. The team has decayed in the last year, and he hasn’t been able to rejuvenate it. I am excited and fearful at the prospect of a new boss, and all the upheaval that comes with change of management.

But mostly, today I am so sad.

The dream is over. The stupor I and my brother found ourselves under, as Spurs defied all predictions and achieved the unlikely to the impossible, has lifted. The surreal, silly magic of our little team and the silly little significance we found in its rise has dissipated, even if Spurs will recover, and will consolidate itself as a superpower. Our love for Spurs perseveres unchanged. But the beauty of this incredible story, which just so happened to centre on the club we randomly chose to support, is gone.

Bill Nicholson remains the most famous person to coach Tottenham Hotspur. Many years ago he said that,

“It is better to fail aiming high than to succeed aiming low. And we of Spurs have set our sights very high, so high in fact that even failure will have in it an echo of glory”

Sport has this power to take us into this transcendental place. It provokes meaning, and wraps us up in stories that are more majestic than our own everyday lives.

And its not just Spurs.

Sometimes, sport gives us the hope and belief that we may be heroes in stories that are beyond our dreams.

And even in failure, we have in ourselves an echo of glory.